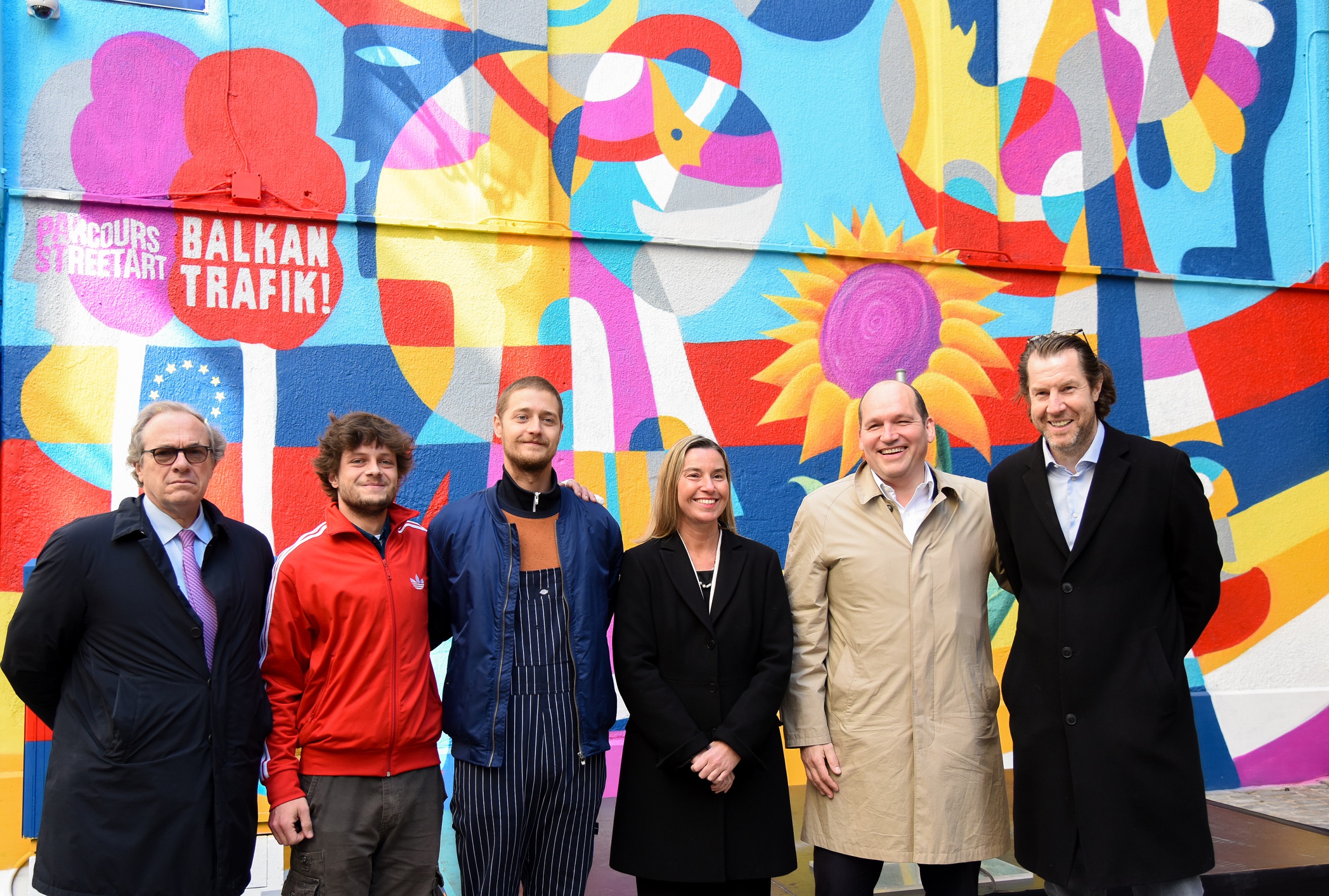 High Representative Federica Mogherini thanked the artist Rikardo Druskic and his team and his friends, who helped him realizing a piece of art.

“I believe that you are doing something remarkable here, not only because it is really beautiful. This mix of colours and different forms gives this sense of the diversity of the Balkans coming together and bringing light and not drama or suffering, which is giving a different image of the Balkans – the image of the younger generation of the Balkans that feels European,” Federicam Mogherini said on Friday.

“And that European flag there reassures me a lot, because I think that you, again, not only bring to Brussels and to Europe a wonderful gift, this piece of art, but you also bring the Balkans to where they belong, which is at the heart of Europe. I always get very angry – and the Ambassadors know that very well – when some, even colleagues of mine, say that we need to bring the Balkans inside Europe or closer to Europe, because you are not only already inside Europe, but at the heart of European history, of European geography, of European culture – for good and for bad, as all of us.”

“I am convinced that today, compared to five years ago – we started with our mandate four and a half years ago – each and every one of the six partners that we have in the Western Balkans are closer to the European Union.

And I believe that we can still use these seven months to go before the end of the mandate of this Commission to do some irreversible steps for each of you to get closer to the European Union, and finally in our European Union. Because for the Balkans I even have a difficulty in using the word enlargement; I think it is really a matter of reunification of our continent.”

“I think that this mural will be a very powerful reminder for the citizens of not only Brussels and Belgium, but also of all of Europe, and the institutions of the European Union to complete the work of reunifying our continent. And I believe this would also be the best way – possibly the only way – to mend the wounds of war in the region once and for all and to do it in this colourful, joyful manner that the younger generation of the Balkans always expresses. I think you know where you belong, and that is here. So, thank you for bringing this gift to us.”