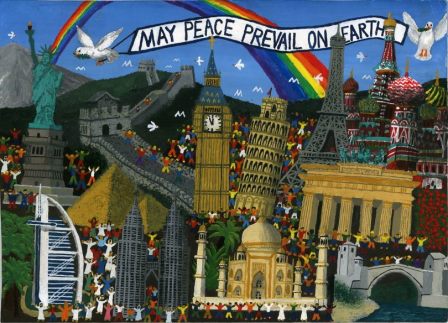 Denis Avdic is a typical thirteen-year-old who balances between school responsibilities, karate, music school and photography school. However, beside all the obligations, he wrote the essay for The Goi Peace Foundation, supported by UNESCO, titled “The change I want to make”.

Ten days after he sent the essay, the information on the contest on the occasion of the International Peace Day on “May Peace Prevail” contest. He was very interested on the subject, but he had really little time, only twelve days to finish the essay, but he understood it as a challenge, so he worked on the details. He paid attention to the details on the buildings, from the famous church in Moscow, the Taj Mahal, the Big Ben, to the Eiffel Tower or the Statue of Liberty.

He did not want to miss any of the details he had imagined, and he incorporated the Old Bridge in Mostar as well, the bridge that connects the coasts and the people.

The work was sent out without expectations because the competition was very strong, over 6,000 papers from 79 countries worldwide.

But wonders are happening, and Denis has entered the finals! Based on the decision of 61 International Judge Denis won in his age category! 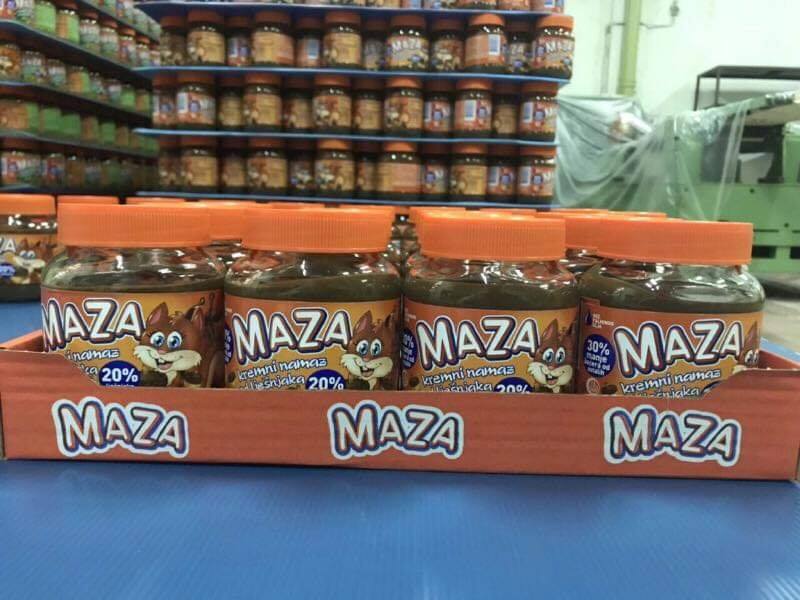