Gianni Ghidini, coach of the best BiH athlete Amel Tuka, spoke about the chances of the BiH athlete at the Olympic Games in Rio de Janeiro.

Amel will perform in the qualifying race at 800 meters on Friday. This will be his debut at the Olympics. One of the most deserving persons in his career is the Italian coach Gianni Ghidini, who has been cooperating with Amel since 2013. When he was young, Ghidini was in active in football and athletics.

The Italian coach started working with Amel Tuka in 2013. Previously, he coached Wilfred Bungei, winner of the golden Olympic medal at the Games in Beijing in 2008 in the race at 800 meters. He also coached Yusuf Kamel, winner of the golden medal at 1.500 meters and bronze medal at 800 meters at the World Championship in 2009, and Willian Yiampoy, bronze medal winner from the World Championship in 2005 in the race at 800 meters.

“It happened in 2013. Amel came to Italy with a friend of his who wanted to bring him there to run. I met him because he was in a search for a manager. That manager was Claudio Arduini, who cooperates with my regarding the Kenyans we worked with,” Ghidini remembers.

Amel progressed a lot with Ghidini and he experienced a real take-off last year when he celebrated in the Diamond League in Monaco, with a result of 1:42:51, which was the best time in 2015. The crown of the year came in Beijing at the World Championship, when Tuka won the bronze medal. He was the fourth at this year’s European Championship. Speaking about preparations for the Olympics, Ghidini says that Amel had to take a rest in late February and early March, due to muscle strain.

“Preparations went well until March, and then he got the muscle strain which prevented him from training for 25 days. After that, we trained well and prepared him completely. I think he is well-prepared. We were also preparing for the European Championship, thinking only about the Olympic games. Regarding the preparations here, the preparations continues without a problem. I would say Amel is in good shape,” said Ghidini.

Tuka’s competition will be very difficult, with inner circle consisting of the current Olympic and world champion, the Kenyan David Rudisha, then the Poles Adam Kszcot and Marcin Lewandowski, and Nijel Amos from Botswana. Among other competitors are also Ferguson Cheruiyot Rotich from Kenya and Pierre-Ambroise Bosse from France. Therefore, Ghidini thinks that qualifying for the finals would be a great success.

Ghidini hopes that Amel will bring the result that we all expect.

Filandra: the Differences between the Actors in Power will come to Light

Dodik: ZSO in Kosovo will be like Republika Srpska

HR Schmidt: The real Problem is the gradual Dismantling of BiH 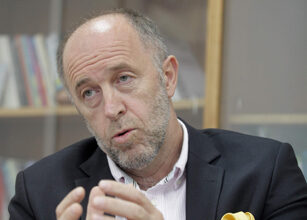 Filandra: the Differences between the Actors in Power will come to Light

Dodik: ZSO in Kosovo will be like Republika Srpska

HR Schmidt: The real Problem is the gradual Dismantling of BiH