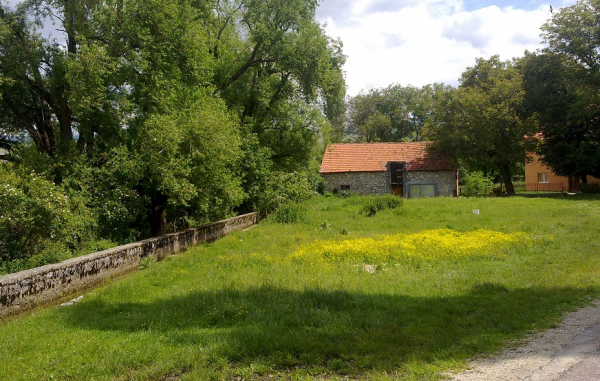 In the village Lipnik in the municipality of Gacko was found the exact location of turbe of great Bosniak Smail-Aga Cengic.

Chief imam in Gacko and Bileca Sadet Bilalic confirmed this information and stated that this discovery came after a comprehensive project of the Islamic community in BiH. After this discovery, they started the petition with the Commission for National Monuments for the inclusion of this location among national treasures.

“Smail-aga Cengic was an aristocrat from Herzegovina, and his tomb was functional until World War II when it was burned down. After that, the partisan Commissioner Pasic ordered in 1946 to build a monument to fallen partisans in World War II at the entrance to Avtovac from the stones from turbe,” said Bilalic.

Smail-aga Cengic as a historical figure was the main character in several songs that did not objectively reflect the role and life of this hero.

The authors noted that he showed great bravery in 1836 in the Grahovska battle against Montenegrins, and that in this battle was killed nine sons of Petrovic’s.

Smail-aga Cengic was killed in 1840 in Drobnjaci from the ambush, together with 70 of his fellows. In this deception and betrayal participated Petar Petrovic Njegos and Novica Cerovic.

Cengic was buried in his turbe in Lipnik, and he left a wife and seven sons behind. Part of the military equipment of Smail-Aga Cengic is preserved in the museum in the Turkish city of Bursa.

His turbe was set on fire in 1941 and its stone walls were blown up. Recently was found the exact location of his tomb as well.

Every Second Euro of Loan was spent on Infrastructure in BiH
Next Article Mladen Ivanic to candidate for Presidency again?
Leave a comment Leave a comment