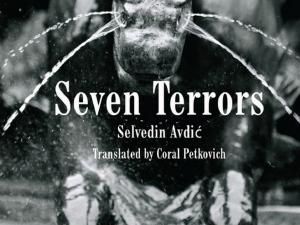 The British journalist and literary critic Nicholas Lezard made a list of the best books in 2014 for the Guardian. Among the best pocketbooks in 2014 he placed the book “Seven terrors” by the Bosnian author Selvedin Avdić – reported the publishing house “Vrijeme”.

“Seven terrors is probably the weirdest and the creepiest book I’ve red this year. It’s a view on the Bosnian war from the outside, with divisions of the country which reflect in the divisions of life: between madness and rationality, the real and supernatural, presence and absence, speaking and silence” – writes Lezard.

Besides “Seven terrors”, there is also “The absent therapist” by Will Eaves and “Butcher’s crossing” by John E. Williams on the list.

“Guardian” wrote about “Seven terrors” in February this year too.

The book was published in English by Istros Books from London while in Bosnian it was published within the edition “Nova osjećajnost” by the PH “Vrijeme”.