BiH Presidency Chairman Milorad Dodik and members of the Presidency of BiH Zeljko Komsic and Sefik Dzaferovic met on Thursday with Commissioners for European Neighborhood Policy and Negotiations on Enlargement Johannes Hahn, and on this occasion expressed their satisfaction with the intensity of high-level visits with EU officials.

At the meeting, Hahn urged Bosnia and Herzegovina’s (BiH’s) authorities to form governments quickly in order to resume the implementation of reforms in the interest of the citizens.

During the meeting with Chairman of BiH Presidency Milorad Dodik, and Presidency members Sefik Dzaferovic and Zeljko Komsic, Hahn emphasized that European Commission (EC) is actively working on the preparation of opinion on the country’s responses on 3,242 questions.

Hahn emphasized the topic of socio-economic reforms in the country, saying that the opportunities for the new workplaces should be made through the domestic capital, new investments and new reforms in the interest of citizens.

He encouraged members of BiH Presidency to continue working hard and committed to the implementation of previously agreed reform processes.

Hahn welcomed the BiH Presidency’s approval to conclude the Agreement on Reducing Prices of Roaming Services in Public Mobile Communications Networks in the Western Balkans region.

All interlocutors discussed the political situation in the country, with an accent on the formation of government at all levels in BiH, which would give additional impetus to the European path of the country.

For their part, BiH’s Presidency members have highlighted the commitment to continue socio-economic reforms, intensifying the fight against corruption and creating favorable conditions for investment and job creation, was stated by BiH’s presidency press office the same day.

They have expressed hope that, following the European Commission’s opinion, the EU member states would positively decide on BiH’s further path and grant candidate status to BiH as soon as possible. 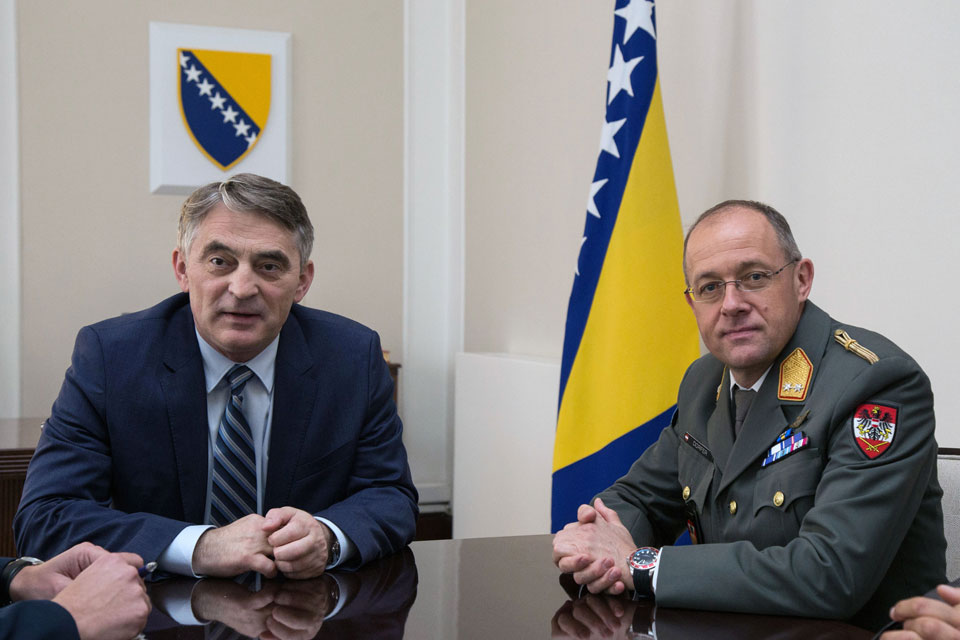