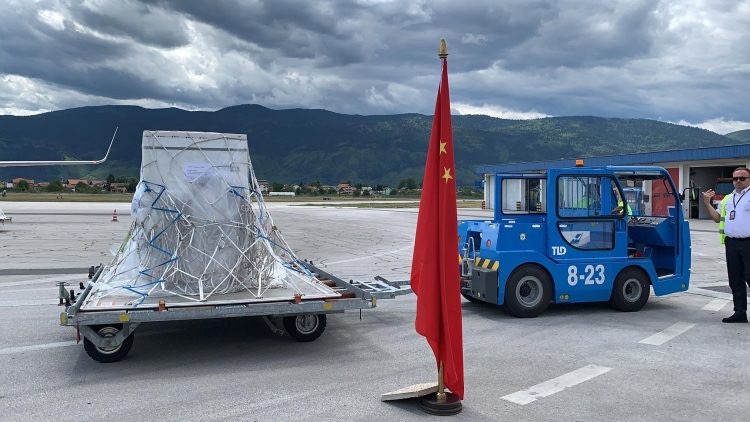 The Deputy Prime Minister of the Federation of Bosnia and Herzegovina (FBiH), Vesko Drljaca, the Deputy Ambassador of China to BiH, Miao Dake, and the Acting Director of the Public Health Institute of the FBiH, Sinisa Skocibusic received 500.000 doses of Sinopharm vaccine from China at the Sarajevo Airport. They were purchased by FBiH through direct procurement from the Chinese manufacturer.

This is the largest single delivery of COVID-19 vaccines to BiH until now.

“This is the realization of the contract that was concluded at the end of July directly with the manufacturer Sinopharm. This Agreement has a special significance for the Federation and on that behalf, I would like to thank China and Sinopharmcompany. Also, I congratulate the Institute for Public Health of FBiH, ” told Drljaca.

He is convinced that these, as well as the vaccines that will be delivered in the next ten days, will be enough to carry out mass immunization of BiH citizens and that in that way the preservation of health and protection of citizens will be supported.

Chinese Deputy Ambassador to BiH, Miao Dake stated that yesterday’s delivery, 500.000 doses, is a sign of friendship between BiH and China, and China’s commitment to vaccines as a global public good.

“Only by adhering to multilateralism, unity, and cooperation can we defeat the pandemic. China will continue to support BiH citizens in the fight against the pandemic and will provide assistance in its capabilities. We wish you a quick victory over the pandemic, peace, and health, ” stated Dake.

Yesterday’s delivery of vaccines is the result of long negotiations, legal, and financial activities that were led by the FBiH Public Health Institute with the Government of the FBiH.

”At this turning point for the Federation, after the delta variant of the SARS-CoV-2 virus has been detected and when we record a slight increase in the number of infected, this delivery gives us confidence that in the upcoming period we will have the opportunity to continue vaccinating the population according to priorities, and especially for the people who are older than 60 years old, ” pointed out the Acting Director of the Institute for Public Health of FBiH, Sinisa Skocibusic.

Over 98,000 Business Accounts blocked in BiH
Next Article