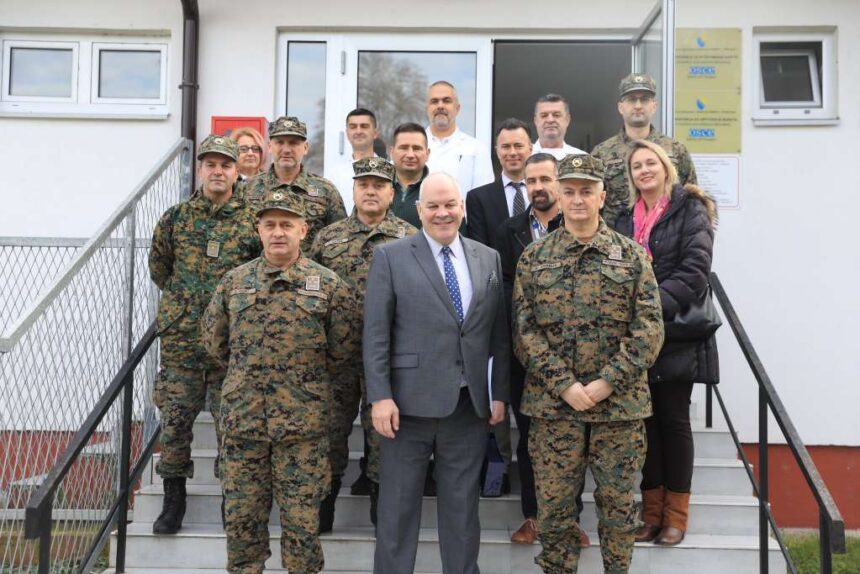 Congratulating the school for its success in the Mission’s BiH-wide competition “Proud of Our School”, Ambassador Aggeler said: “It is inspiring to see the initiative of youth and its impact on inclusivity thus providing equal opportunities for all.”

Aggeler then visited the Armed Forces BiH Technical Facility for the Repair and Dismantling of Ammunition (TROM). During a tour of the facility, which has benefitted from significant support of the Mission, he reinforced ongoing commitment to the security of all BiH citizens as well as of the BiH Armed Forces personnel serving at the site.

In Banja Luka, the Ambassador met with key political counterparts. During a meeting with Republika Srpska National Assembly (RSNA) Speaker, Nenad Stevandić, the discussion focused on the Mission’s support of the implementation of RSNA strategic documents and public outreach.

Later, in a meeting with DEMOS leader, Nedeljko Čubrilović, Ambassador Aggeler thanked Čubrilović for the positive cooperation during his tenure as RSNA speaker over the past two terms.

On Wednesday 14 December, in meetings with RS Vice Presidents, Davor Pranjić and Ćamil Duraković, Ambassador Aggeler discussed the sustainable returns of Croats and Bosniaks to the RS.

On the same day, Aggeler met with RS President Milorad Dodik and discussed the plans and priorities of the newly-elected RS authorities. Aggeler also underlined the Mission’s dedication to supporting ongoing reform efforts in the entity.

In a meeting with editors and journalists, Aggeler accentuated the importance of media freedom. Views were exchanged about the potential negative impact of announced legislative changes that would aim to tackle disinformation and hate speech, re-introduce defamation as a criminal offense, and expand the list of criminal offenses against the constitutional order in the Criminal Code of Republika Srpska.

The visit continued with a discussion on political developments and challenges during a meeting with PDP President Branislav Borenović.

On Friday 15 December, Ambassador Aggeler paid respects to all victims of the Donja Gradina commemoration site and laid flowers at the memorial, announced the OHR.

Sattler: Candidate Status is our Sign that we believe in this Country
Next Article 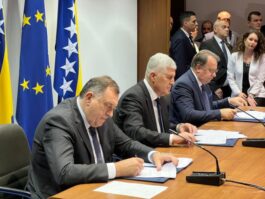