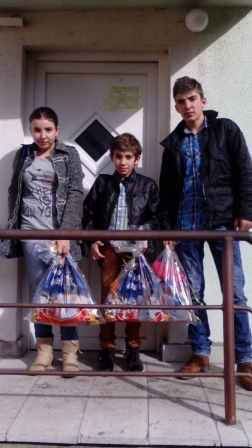 Director of German Mehmet, Jusuf Skenderovic, visited Bosniak returnees in the RS as well as numerous other families in the FBiH, where they handed over different kinds of assistance to children and socially vulnerable citizens.

Pre-school and school children received gift packages, and high school students will go on a two-day excursion to Mostar in spring, and the funds are already provided for their trip. Moreover, socially vulnerable families also received assistance, and children and the elderly population are in the main focus of activities of German Merhamet.

Edin Karaman, a returnee in Visegrad and a referent for return to the Municipality of Visegrad, expressed his gratitude to donors and noted the importance of this project. He also stated that they hope that the cooperation with German Merhamet and president Skenderovic will be continued in the future period as well, for the benefit of returnees and socially vulnerable citizens.

Most of the gift packages for children went to Vlasenica because this area, according to Karaman, was mostly neglected in the previous period, when it comes to help from NGO’s and associations.

“A total of 114 children from Vlasenica received gift packages and the money for 19 excursions for high school students was also provided, and they will travel to Mostar together with four of their colleagues from Visegrad. Moreover, a total of 91 children from Foca, Rogatica, Rudo and Visegrad also received their packages and another 510 packages from German Merhamet were handed over to children in Tomislavgrad, Livno and Glamoc.

According to him, thanks to Skenderovic’s persistence and hard work, sandwiches were provided for 65 schoolchildren in Donji Vakuf, and a total of 121 socially vulnerable families from Bugojno received their food packages. 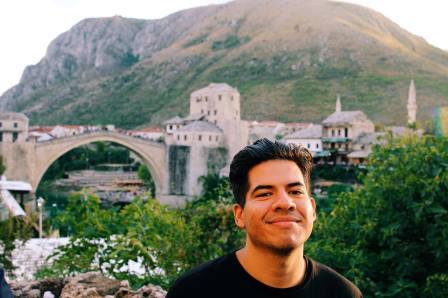 Jose Angelo Gallegos: “The People of BiH are by far on the most genuine and grounded People I’ve met”
Next Article Furniture from BiH in the famous Starbucks in Paris?
Leave a comment Leave a comment