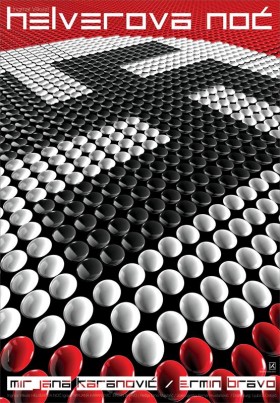 The drama ”Helver’s night” written by a Polish writer Jaroslaw Swierszc, was directed by B&H director Dino Mustafić. B&H actors Mirjana Karanović and Ermin Bravo have achieved great success playing the leading roles  in this drama. This drama had its premiere performance in 2004, and from that year on, it was performed numerous times in theaters in B&H, but also in the region.

This drama is set in the 1930’s in Germany, in the period of fascism. It talks about the universal theme that does not only refer to Nazism, but also to totalitarianism. The drama speaks about all existential and essential turmoil in a very honest, intimate and emotional way.