High Representative Valentin Inzko congratulated today in The Hague the high school students from Jajce who won the OSCE High Commissioner for National Minorities’ 2018 Max van der Stoel Award which promotes integration and social cohesion. The Award is given in recognition of their inspirational example of activism, which prevented further segregation in their school.

“This is a shining example of youth serving as role models for everyone in BiH, and a clear demonstration of how young people can work together to build a society and a state that they want. It is the obligation of adults to make BiH prosperous and do whatever it takes to create better opportunities for youth to stay and grow in their own country,” said the High Representative Inzko.

The High Representative also expressed his appreciation to the OSCE for recognizing the actions of Jajce students, but also to everyone who assisted them in their actions such as their teachers, parents and several embassies. 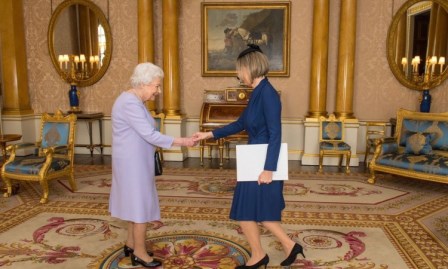