The peaceful summer Sunday behind us was stolen by politics, which staged another story in which the victim is a politician. This time, Aleksandar Vucic, the president of Serbia, is in the main role.

Namely, the issue of the relationship to the past is one of the topics that can mobilize attention in Serbia, Croatia, and Bosnia and Herzegovina (BiH) on the same day. This time it was Jasenovac, an eternal topic of political controversy, where the victims are usually in the background, while political shenanigans steal the show.

Thus, the week behind us was in the tone of new inter-ethnic tensions and playing victims among politicians. Vucic allegedly wanted to visit Jasenovac and pay his respects to the victims of that camp from the Second World War. However, he announced the visit as a private one and only informed the representative of the Serbs in Croatia, Milorad Pupovac, who was allegedly told that if he deemed it appropriate, he should also inform the Government of Croatia. He eventually did, which was automatically declared a scandal.

Ramp at the border

Croatia forbade Vucic to visit Jasenovac in such a way, stressing that a high-ranking official cannot just visit such places privately. This was followed by a response from Serbia, where Vucic, as usual, was declared the biggest victim. Vucic‘s media machinery also started to come up with headlines containing the word Ustase, and the very act of banning Vucic‘s arrival was the biggest scandal in recent history. As expected, countermeasures were also announced.

So, politics once again stole the show and showed how an alleged crisis is created where the victims no longer matter at all, and where places like Jasenovac become fuel for an artificial crisis where everyone in their ranks will turn out to be a national hero. In three days, everyone will forget about the alleged diplomatic incident.

The machinery from the Republika Srpska (RS) made sure that BiH was not left out of the weekly political spectacle, which automatically began condemning Croatia’s move and lamenting the President of Serbia. Both the representatives of the government and the opposition from the RS made sentences about what is the definition of good neighborly relations.

Then the question arises as to how it is possible for a diplomatic scandal to happen to those who shape their lives through diplomacy, who organize similar activities every day and know what the protocols are. Serbia knows very well whether Vucic‘s visit should have been announced, and the immediate reactions that followed show that the harsh reactions from Croatia were expected.

On the other hand, with move made on Sunday, Croatia shows how important it is to respect diplomatic protocol, while in parallel it enters BiH, i.e. one part of it, as if it were its own house and builds diplomatic ties with only one party and one part of the country, ignoring the official Sarajevo.

To sum up, the whole week and the story of Jasenovac has been turned into a big show and a show of muscle where, at least for a few days, much bigger problems and more important topics will remain on the back burner, and the ban on Vucic in July, when there is no precise explanation as to why he wanted to visitJasenovac on Saturday, becomes the center of media and political attention, Klix.ba writes. 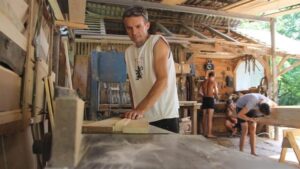