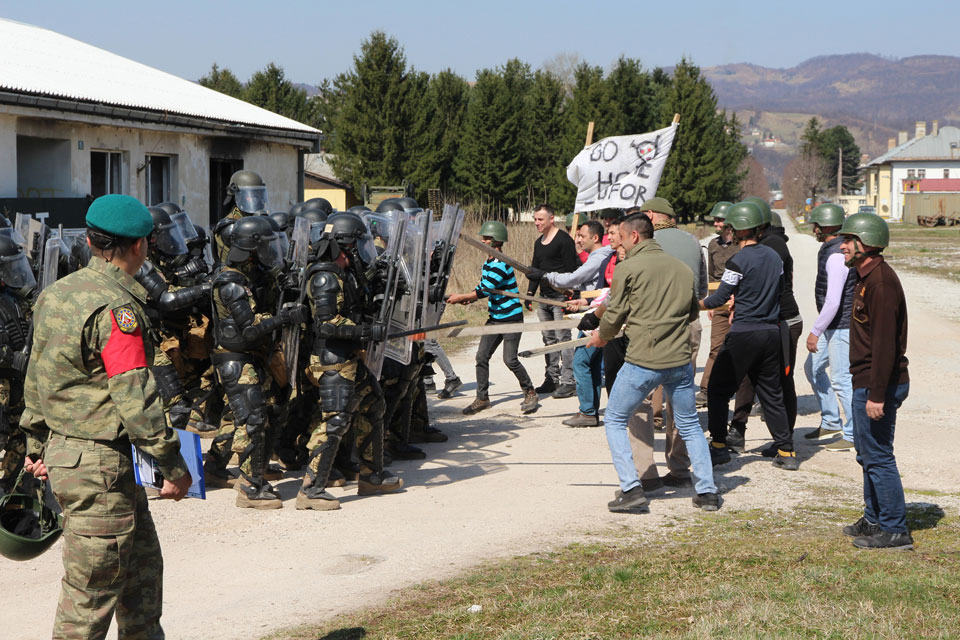 On 21 March 2020, the Hungarian company of EUFOR’s Multinational Battalion (MNBN) conducted an exercise in Rajlovac, to prove that they had reached Full Operating Capability. The exercise was based on a scenario simulating civil unrest and was observed by EUFOR Chief of Staff, Brigadier General László Szabó, and Commander MNBN, Lieutenant Colonel Alfred Steingresz.

During the exercise the company had to deal with several incidents, such as a wounded soldier requiring medical attention, crowd and riot control, removal of an explosive device and a burning road block. The evaluation team was very pleased with the Hungarian company’s performance, stating that “…the soldiers worked well together and provided quick and full support.”

While the exercise finished there for the majority of the soldiers involved, the company and platoon commanders, together with the MNBN HQ staff, will be busy into the next week with follow up actions. Identifying lessons to learn from the exercise experience and making improvements in procedures is all part of the continuous improvement process.