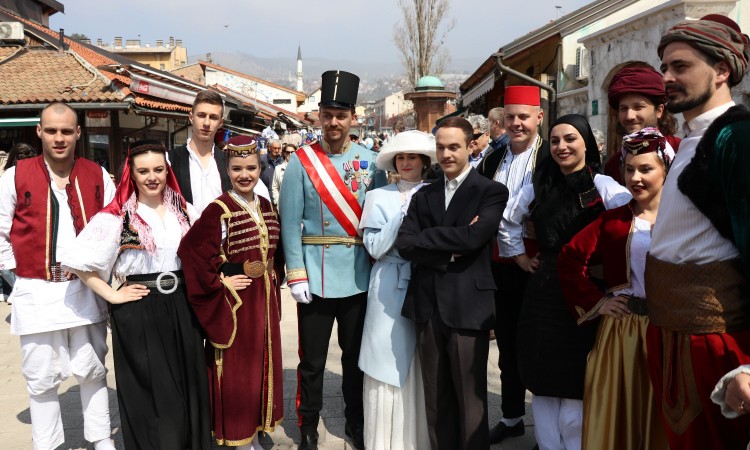 Actors walked dressed as historical personalities of Franz Ferdinand, Sophie Chotek, Gavrilo Princip, Isa-beg Ishakovic and Gazi Husrev-beg, the personalities that symbolize the most significant periods in the history of Bosnia and Herzegovina and Sarajevo.

They walked on the occasion of the Day of the City of Sarajevo on April 6, and together with the mayor of Sarajevo, Abdulah Skaka, they met with citizens, guests and tourists on the Bascarsija Square.

A similar walk was held at the end of last year and they believe this is an important step for Sarajevo’s cultural tourism.

This activity is part of the Project “Sunnyside of Federation of BiH” in which the Bosnian actors, dressed in the historical personalities of the two most significant periods of the Bosnian past, Ottomans and Austro-Hungarians, walk through the streets of Sarajevo in order to attract tourists and citizens to the world’s metropolis, but interactively and imaginatively acquainted with the past of the country and its the capital.

The goal of the project is to animate visitors from Sarajevo to bring and share pictures from the city, which will attract new tourists, Federal News Agency reports.