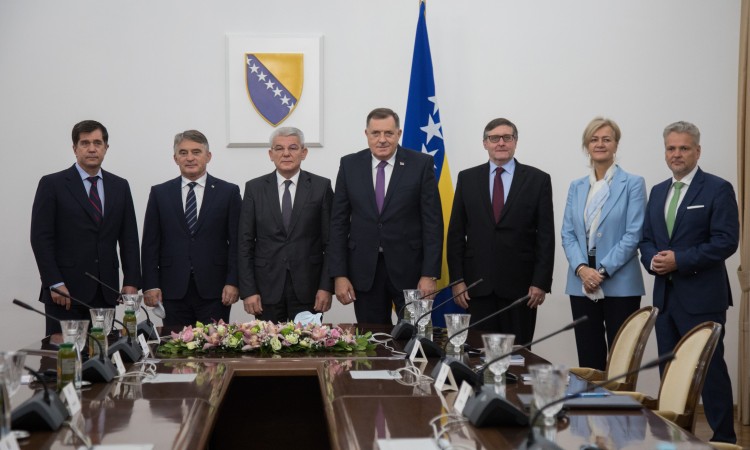 The diplomatic offensive in Bosnia and Herzegovina (BiH) is a logical sequence after the political crisis produced indications of possible conflicts. The first task seems to have been done by Gabriel Escobar with firm security guarantees, a call for dialogue, and the threat of sanctions for anti-Dayton activities.

“Those sanctions can also mean financial sanctions, which is the most painful point for most domestic politicians,” explained Topic, a political analyst.

At the same time, Escobar opened the possibility for stopping the unilateral political moves announced by Milorad Dodik. During his visit to Banja Luka, he acknowledged the role ofRepublika Srpska (RS) in seeking a solution.

“It is one of the good indicators. He showed that Banja Luka is an important player in BiH, that RS has a right to express an opinion,” said Velizar Antic, a political scientist.

In the middle of the month, the United States (U.S.)-European tandem Palmer – Ejhorst will perform again, with the task of encouraging changes in the election law and limited constitutional changes. There are no indications that they could impose solutions. What could be the role of Derek Schole, Anthony Blinken’s advisor?

“If we look at the biography of this man, then it is very clear that this, in a way, represents an additional raising of the diplomatic level of U.S. engagement in BiH and the Balkans, which directly indicates that the U.S. begins to take this problem seriously,” told Srecko Latal, a political analyst.

“It indicates that Turkey, Croatia, Serbia, and Russia may have a more concrete and greater influence on BiH politicians today than U.S. and Europe may have today,” added Srecko Latal, a political analyst.

“Do our neighbors play a constructive role, they don’t. Every time they sneeze in Serbia or Croatia, we catch a cold,” said Tanja Topic, a political analyst.

The Western Balkans are being discussed in Washington. There are also indications that the sanctions that Washington is widely announcing have become a topic of discussion at the European Union (EU) headquarters in Brussels. Meanwhile, domestic political leaders are engaged in verbal clashes and readiness for dialogue that is lacking.