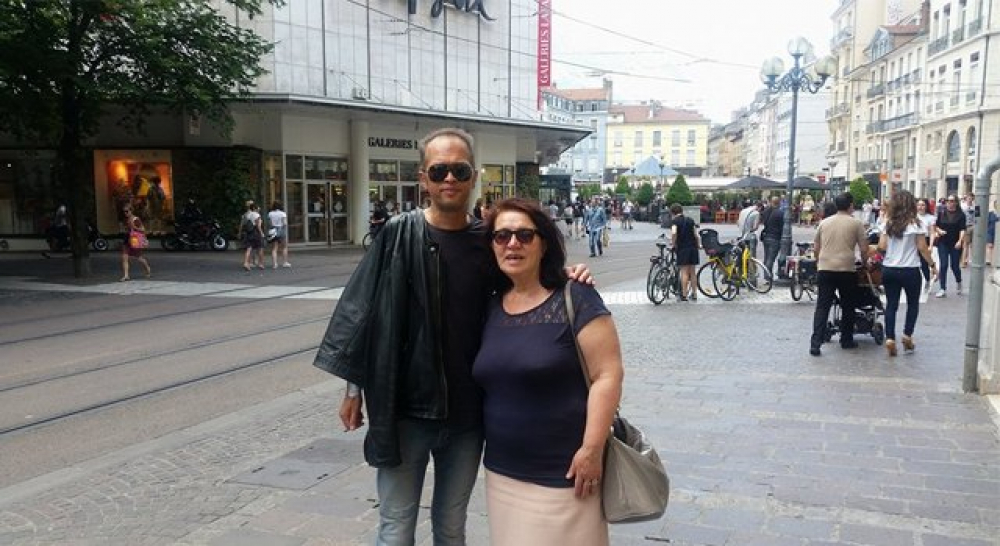 Professor Elvir Dugalic from the Fifth Gymnasium in Sarajevo, an ex-soldier who was awarded the “Golden Lily” for his courage expressed in the war, got the opportunity for a new, better life, thanks to his work colleague and friend Rabija Bosnic.

This brave woman, who is worthy of all praise and admiration, decided to donate her kidney to Dugalic. Elvir ended up on dialysis after a sudden kidney failure last year.

Kidney explantation and transplantation surgeries were successfully performed at the “Michallon” Hospital in Grenoble, France. According to Elvir and Rabija’s friends, both of them feel good and the postoperative period is taking place without any problems.

Director of the Fifth Gymnasium Sejad Senderovic told us that staff of this school is happy that everything went well and that they are honored to have people with such a great heart such as Rabija, who gave part of her body to her colleague.

“This brave woman deserves to be named as a hero and she is an example for all of us on how to behave in situations where someone’s life depends on our help. This brave woman reminds us that friends are the family that we choose. Our dear professors, we wish you a quick recovery,” wrote citizens on all social networks.

“Some people make us feel small with their good heart. We are not used to good anymore. We do not understand why someone is doing something for us if that person does not seek anything in return. Kindness cannot be returned because it is not given. Good people are good because of themselves, and not because of the others,” as stated in another comment.

The Government of FBiH: Foreign Debt decreased by 247 Million BAM
Next Article