Member of the House of Representative of the Parliament of FBiH Jasmin Duvnjak gave public support to all demands that the environmental associations and citizens of Zenica gave to the competent authorities at all levels of government in BiH and to Arcelor Mittal Company in Zenica, because of the major air and environment pollution.

Duvnjak particularly insists that within 60 days the Government of FBiH performs an audit of contractual obligations of the recapitalization of the company mentioned in connection with the protection of the environment.

He added that, after talking with the manager of the Federal Administration for Inspection Issues, he received a confirmation that by the 3rd January 2013, Office of Environmental Inspections centred in Zenica, will start working. 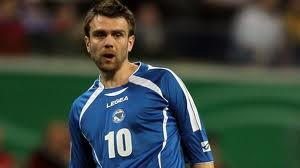 Zvjezdan Misimović will play for the Chinese team
Next Article