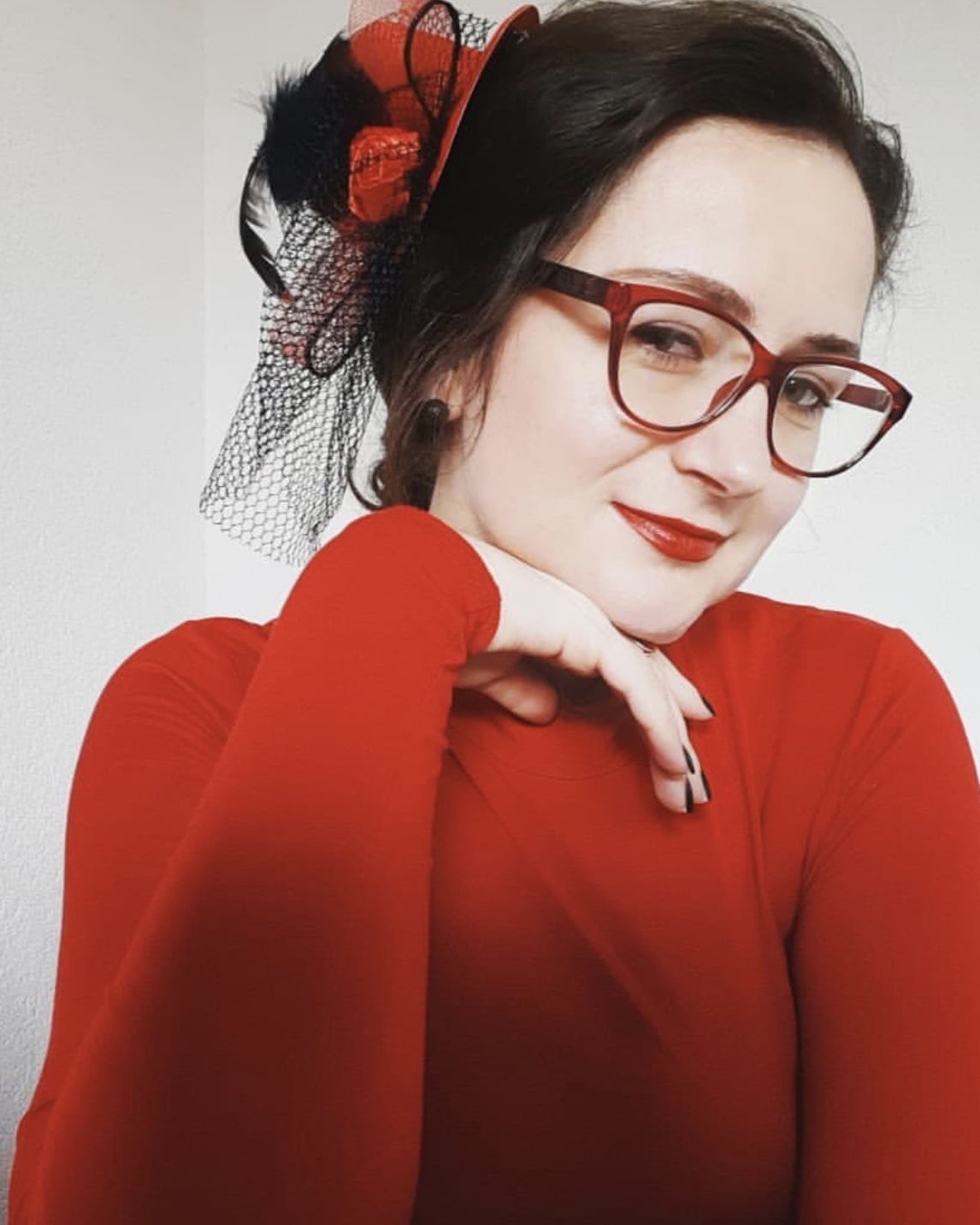 March 21 marks annual World Poetry Day, a UNESCO anniversary event aimed at encouraging countries around the globe to celebrate the cultural contribution poetry and the poets who write them have on society.

In recognition of World Poetry Day, the Sarajevo Times interviewed award winning poet Melida Travancicon the power of poetry and why it should be valued more.

Melida Travancic from Tešanj, was born in Bosnia in 1985. Her first book of poetry entitled ‘Ritual’ published in 2008, was awarded the Best Female Poetry Bookpublished between the period of 2002-2008 at the Anka Topić Literary Award Ceremony. Her second book of poems ‘Svilene plahte’ (Silk Sheets) published in 2009, was in the same year shortlisted for the Risto Ratković Award for Best Book of Poetry by authors from the Balkans. She is also the recipient of the Mak Dizdar Awardfor her unpublished poetry entitled ‘Slovo Gorčina u Stocu’.

Q. What does poetry do for you spiritually/emotionally/ physically?

A.Poetry has the power to explore the world around us, as well as the world within us. It seeks to reveal the secrets of being, spirit, but also instinct, life, death, beauty, goodness truth. Poetry represents, in a special way, my connection to the world. I give voice to everything I feel, everything I am going through or I have already been through in my poems. In that sense, I usually free myself from myself; in this way, poetry helps me survive and I re-emerge with each new poem. I am poetry, the one who shapes the Word and the one who is shaped by the Word.

Q. When did you first realise you were interested or gifted at poetry writing?

A.I started writing poetry in my third year of study. I remember that very well, the way I took a pen and a piece of paper and wrote my first poem. After that, it was as if an avalanche was coming out of me, as if I could not stop. I have always felt a strong need to speak, to write about everything that was happening within me and around me. I always knew I was going to be a poet. I think that the sense of belonging to poetry has been present from the moment I began getting to know myself, since I was in my early teens. The first poems were, in fact, the discovery of and entry into a new world, the world of poetry. I observed people, their reactions, paid attention to myself and my reactions to others, I noted it all down and turned it into poems. This is how a poem was created and then another… and this is how I wrote my first book of poetry, ‘Ritual’, in two years, and then in a little over a year, the second, the third, the fourth…

Q. What compels and inspires you to write poetry? (Is there a clear process to your work or is it purely magical/mysterious?)

A.I am inspired by the people who come into my life, those who stay and those that go.I am also driven by inner unrest. I have never had a clear process when it comes to work itself. I think that a poet cannot have it, because poetry is not thought through, it is not measured, it is not tailored, it simply happens. Poems, in fact, write themselves… And poetry in itself is miraculous and mysterious. Is there a greater mystery than the origin of the poem, even for the poet himself?

Q. Why is poetry important?

A.The poet sees and experiences the world, as well as himself/herself in that world, in a unique way. Poetry has always played a very important role in the lives of those who read and write. First of all, it forces the writer and later the reader to see the world with different eyes and to understand the world in a different way. Poetry is a means by which one can reach the most sensitive parts of the human being. It does not explain, it does not suggest, it does not set rules, it does not condemn anyone or anything, it simply tries to express the deepest feelings, and that seems like the simplest thing in the world and, at the same time, the hardest thing to achieve.

Q. When did you get your first poem published/showcased and what did that mean for you?

A.I was lucky to have had such great professors at the Department of Bosnian Language and Literature, professors who shared their knowledge with the students, introduced them to different readings, interpretations of many important works, pointed out the importance of poetry, recommended books to read (and movies to watch) in addition to those that were mandatory, took us to the theater, gave them an opportunity to take part in various cultural programs… All this shaped me a lot as a student at the age of twenty… Then in the last year of study, they opened the doors of literary magazines that edited and published students’ first works, and imagine how happy we were to be able to publish poetry! Moreover, show it like that to everyone – friends, family, unknown readers… I remember it well. I was in my fourth year of study when I saw my name in a magazine. What a joy that was! And then, the days I spent planning what I could buy from the first author’s fee… Later, I received the Mak Dizdar award and now I am where I am, in the world of poetry. And I feel great.

Q. What is your most proud or memorable moment

A. The most significant moment is the moment when I shape the poem from myself, when I have the words that move, when I feel the strength and the power of what is written. Then I know that poetry is both my hope and my salvation.Also, publishing a book is extremely important to me; it is something that I work on for a long time, sometimes for many years and that feeling when you finally hold your new book in your hands is really amazing.

Q. What is your favorite poetry line and why?

A. I can’t choose my favorite line in my own poetry. They all reflect my exploration of the world around me and within me. But I can speak about my favorite themes. In my poems as well as my prose works I speak about a woman – the woman standing in front of a mirror and her reflection in the mirror. The focus is on her body, eroticism, sexuality, and her confrontation with herself and the world around her.  I also explore the position and meaning of the art and artist in the society. Then there are two recurrent themes in my poems: fear and death. All these themes are often present in my poems and prose works. Exploration of these themes in my works represents my attempt to answer existential questions.

Q. Are poets recognised and appreciated enough in the community/in Bosnia and/or the world?

A. Perhaps the best way to answer this question is to speak in the context of Bosnia and Herzegovina and say: no, they are not. Although the same applies to this region, and even the world, if you have not made a name for oneself as a poet. And poets do not do that; they are not interested in fame but rather the word that moves the world. It is also important to mention that people rarely read poetry, because it is not something that everyone understands – it goes beyond the boundaries of the infinite and translates it into a language close to man, as Pentti Saarikoski said a long time ago.

Poets in Bosnia and Herzegovina are not valued enough or they are only valued when they are dead. It is only then that they are both accepted and appreciated. On the other hand, Bosnia and Herzegovina is a small country, a small market, and the society itself does not invest in culture, in art almost in any way. Everyone forgets or ignores the fact that literature is a key element when it comes to education, it is also an important element in the development of society as a whole.Countries that neglect literature and culture are on the right path to ruin.

Q. What are the challenges of being a poet/writing poetry?

A.The biggest challenge of writing poetry for me is asking yourself one question: “Who am I?” on a daily basis. And trying to answer it, over and over again. The challenge is to face yourself both in the mirror and on paper.

Travancic’s poems have been published widely in literary magazines in Bosnia, Croatia, Montenegro and Serbia, and were included in the modern anthology of Bosninan poetry called ‘Do potonje ure’ (Until The Last Hour), published in Bijelo Polje in 2010. She is also a published fiction writer and scholarly author, with both undergraduate and postgraduate degrees in Bosnian literature, and a PhD from the Faculty of Humanism in Mostar. Travancic works in the Center for Culture and Education in Tešanj.

Interview by Miya Yamanouchi for the Sarajevo Times

NATO: Threats are unacceptable, no third Party has the Right to veto in Bosnia
Next Article 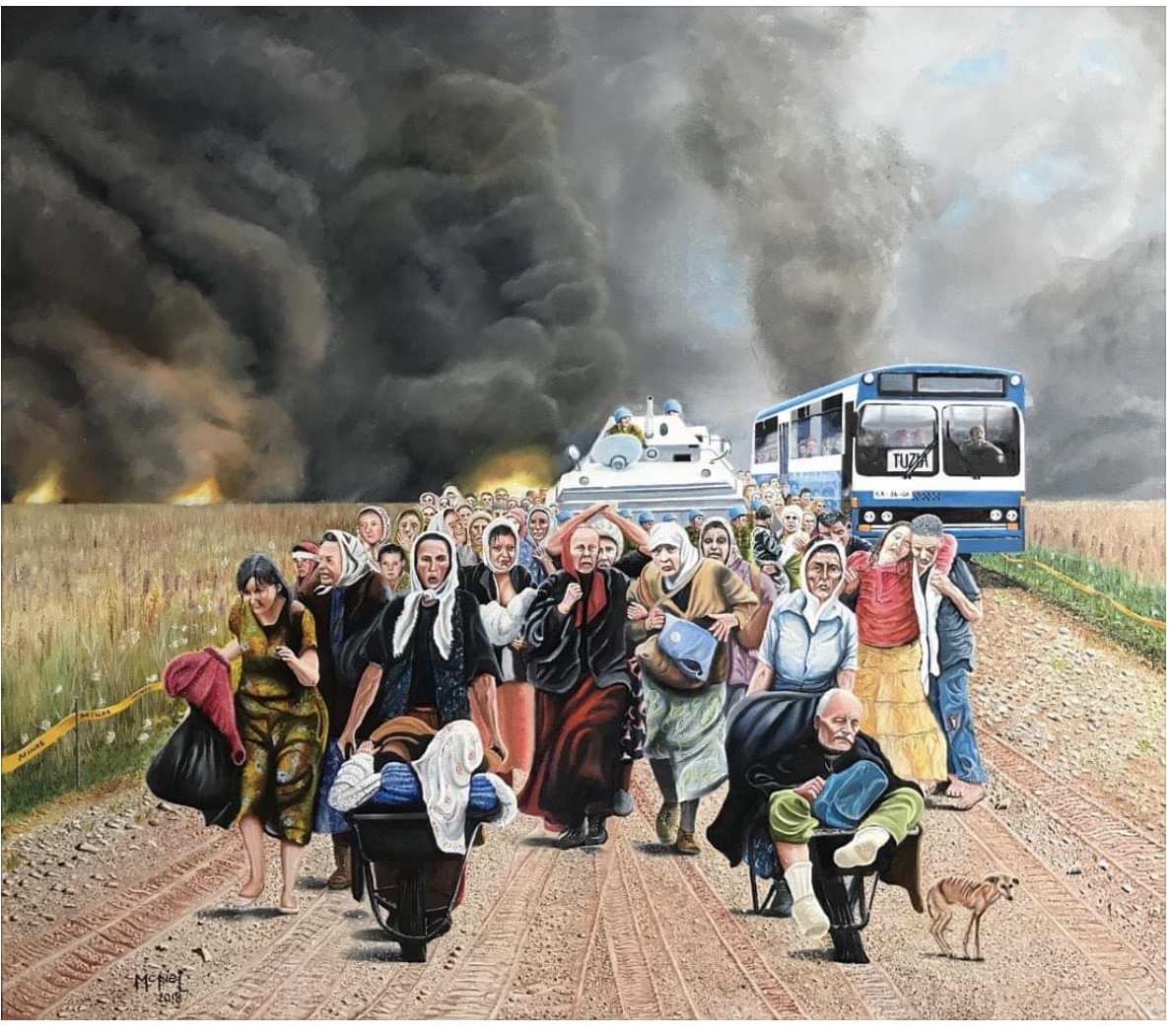