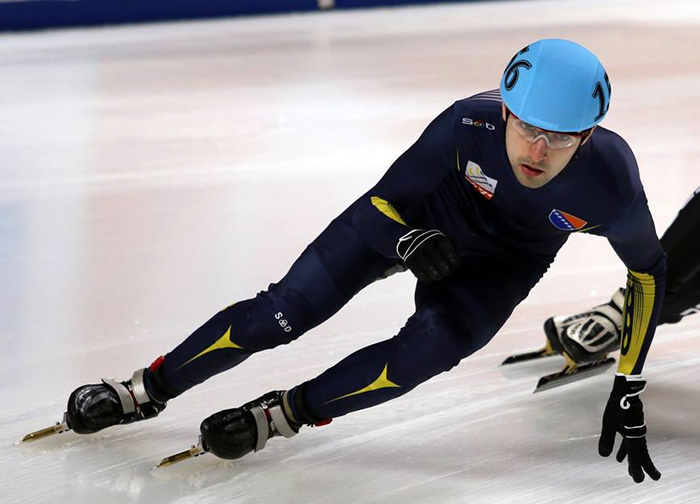 Mr. Edin Brankovic is a national team representative in Olympic discipline short track speed skating and Young Ambassador, and since 2018 Young Change-Maker of International Olympic Committee. Through the role of Ambassador, he founded “Excellence Academy Bosnia and Herzegovina” that has a mission of youth empowerment and recognition of personal values and talents through programs of sport, education and culture.

Mr.Brankovic has been training short track speed skating since 2001. His first appearance on World Championship was while he was still in junior category in 2009.

“It was set of occasions that put me in skating. Willingness to learn, joy and to be a positive image of my society in post war years.  I did soccer for six years and when I was eleven I went to learn to skate, encouraged by my family. I did both sports for two years,” Mr. Brankovic said.

His first coach Asim Selimbegovic recognized his potential and year by year he has been improving and gradually he had devoted himself to skating completely.

“I ended junior category in worlds top 10 athletes on 1500m (5thfastest time in the world). Gradually, the sport has become something I love and job at the same time. I have found great possibility for learning, social contribution and self-development through the sport,” Mr. Brankovic explained.

Sarajevo Times: In January this year, you participated at the European Championship in Germany. You achieved a new nationalrecord at that time, and you are among the top 30 in Europe. Can you tell us more about the Championship?

“Last season is one of my most successful seasons. I am truly grateful that I am regularly among 20 and 30 top athletes on world cups and European Championship since 2010. Last season I set two national records, one on 500m was on European Championship, which means a lot to me. They show progress and improvement,” Mr. Brankovic said, adding that  after European championship he received a special invitation from IOC President, Mr. Thomas Bach for PyeongChang Olympic Games.

On the question of how do people react when he says he is a Bosnian, Mr. Brankovic answers that he started to participate on elite level in very young junior category. At first, he felt truly as pioneer in the sport and he knew that it will be hard time.

“Because I had no coach nor team with me. All of that put me in another position, I have learned to be coach and representative of my country and of all of those who support me. Through sport and conversations with people around the world I have started to know better my own, Bosnian, culture. Bosnia and Herzegovina is known as country with tremendously rich culture and immensely dynamic history. I have started to get new motives in my sport, I use sport as a great tool to promote and share values of diversity of cultures. Finally, even though all challenging and frightful circumstances that Bosnia went through in its history, Bosnia is truly known as Olympic country and as the place of long lasting understanding and dialogue between diversities, cultures, worldviews, beliefs, etc. It is much known as paradigm of what is called “plural society”,”Brankovic explained.

On the question of participation on XXIV Winter Olympic Games in Beijing in 2022, Mr. Brankovic states that he is on his way to Olympics 2022 and that he has just ended one strong Olympic cycle.

“I am focused on the things that need to be done now in a successful way so that I can focus sharply for specific trainings in last two seasons before the Olympics. I have spent lot of time training in Asia, particularly China. It will be great to write new page of history there too. I believe that experience and innovation in my trainings are the most important for great achievement and I feel myself in that way. I am grateful that I have support of International Olympic Committee and Olympic Solidarity,” Brankovic said, adding that he is especially thankful to the Olympic Committee of BiH, Skating Federation of BiH and its president Mr. Zikrija Đonko, his club “The One” and personal sponsors.

“I believe that together with them I will be on the Olympics 2022,” he concluded.

Sarajevo Times: Where do you see yourself in the next five years?

“I see myself in position where I share values of sport, culture and education especially with youth, whether through academia, consultancy or international relations. I am on my way to complete my PhD studies and Olympics. I will continue to promote these values through “Excellence Academy” projects.” 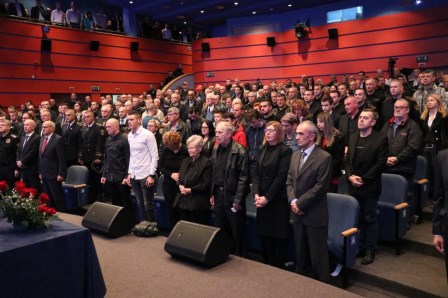