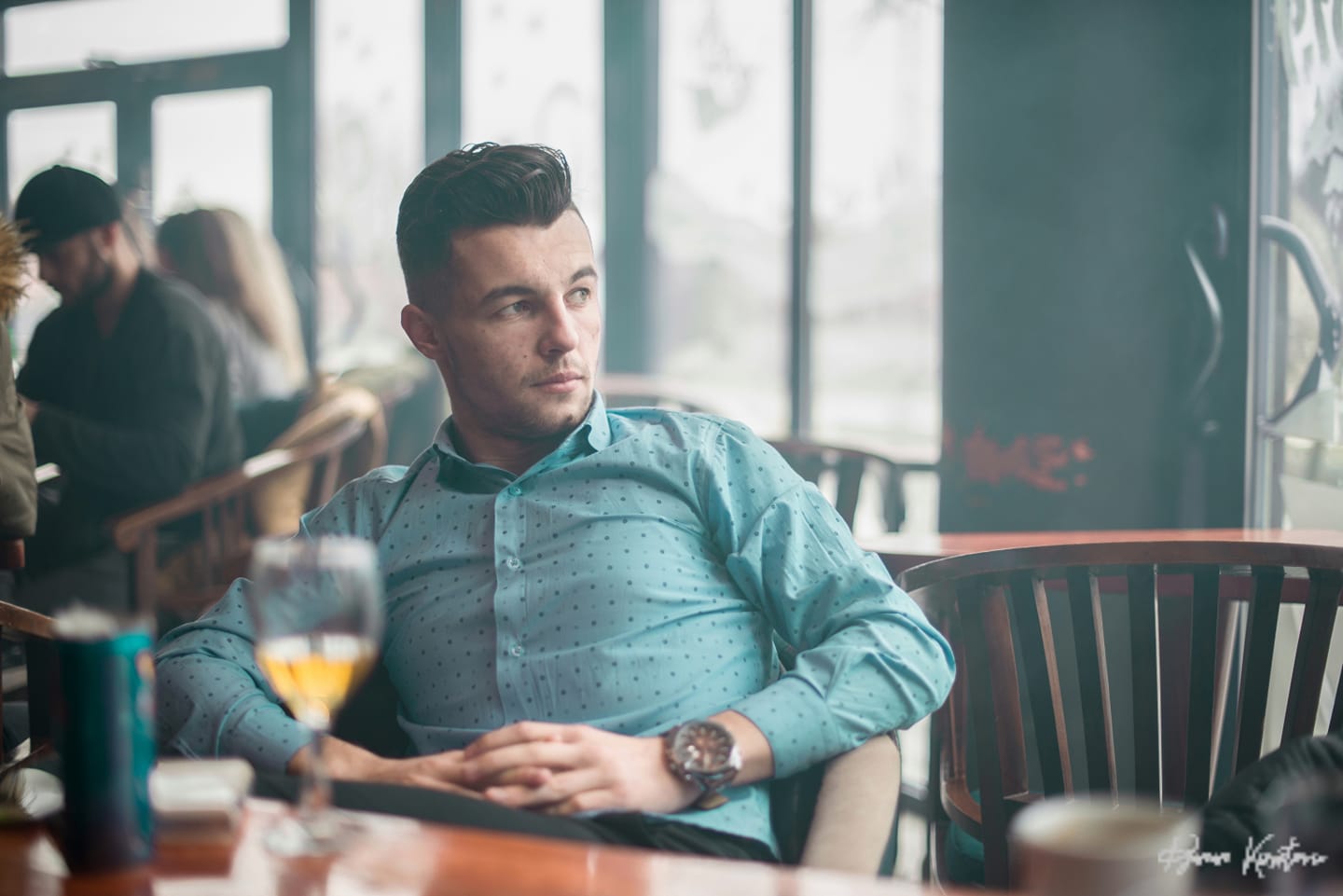 Since he does not have the opportunity to travel throughout the country, Mr. Kimestovic says how sorry he is that he cannot show his audience, that primarily lives in BiH and region, to show all the beauties of our country that he sees through his objective.

“Love for photography was born during high school days. More precisely, at that time, it was my first meeting with photo equipment. My professor lent his camera to me to take photos of a ceremony, after which they told me how I have a talent, and how I should start doing photography, which certainly happened,” Mr. Kismetovic explains his first meeting with a camera.

On the question where he finds inspiration for his photographs, he says that he sees it everywhere. He does not like to copy anyone’s work, since there is no need for it.

“We all have a different view of the world, and by that, we all see things differently. So, I find this inspiration in the surroundings and in the place where I photograph.”

By watching photographs that Mr. Kismetovic took, one could not immediately understand they were taken in BiH, but some important and widely known destinations.

“BiH has natural beauty, such convenience and a complete landscape that I sometimes think it is impossible to transfer all of its beauty to social networks through photos. From rivers, across the mountains, fields, forests, various buildings and architectures, whether older or new ones,” Mr. Kismetovic says, adding that there are many, so to say, “hit” destinations that are offered to tourists who visit Bosnia and Herzegovina.

On the other side, he added that citizens’ awareness is such that they are irresponsible and pollute the environment wherever they are.

“We cover that in photos because we put only the best. But unfortunately, there are those dark sides as well. We appreciate many things and admire some places outside of BiH that we visit, and we do not know how to appreciate and guard ours, which is several times more beautiful.”

On his Instagram profile, which has over 22,000 followers, DOKSHOTS publishes photos of nature and weddings, and he has firstly started to take photographs of nature and later on, he continued by taking photos of weddings in order make money for the equipment that was very expensive.

“Instagram is my free advertising and definitely the best platform in the world that everyone can post photos. Whether professional or amateur or simply from hobbies. Sometimes, I cross up to 15 kilometers in search of a good photo,” Mr. Kismetovic explains.

On the question of which is his favorite photo, Mr. Kismetovic says it is a photograph that was made a couple of nights ago.

“My wish was to take a shot of municipality where I live during the night, because I felt obliged towards those who have supported me all these years. It is fascinating because it was bad weather that night, and the temperature was -5 degrees Celsius. I walked in the darkness of the woods to come to a hill that I managed to take a shot of mine, for now, favorite photograph.”

The Una River Canyon stretches from the town of Cazin to the municipality of Bosanska Krupa. He visited the Canyon for the first time in 2018, and he could not believe that something so beautiful even exists in BiH.

“It is very steep to climb, it takes a couple of hours to spot a place and to climb to certain places where I made phenomenal photos. If you really love photos, and if you’re in love with this job, then it’s hard. Because your eyes and adrenaline are pushing hard on inaccessible places to get the best photo. I cannot say it was life threatening, but it was dangerous. I fell down a couple of times, I’ve even strained the ligaments because the stones are such that one does not know if it is safe or not.”

Mr. Kismetovic had first independent photo exhibition in December 2017 in Buzim. It was of a humanitarian character, and all the money he collected from selling photographs were handed to Nejla Alibasic for her treatment.

“I have the desire to make a photo exhibition in one big city in Bosnia and Herzegovina once again,” Mr. Kismetovic says, adding that he would like to travel throughout BiH to portray its beauties. This is his dream.

For the end of the interview, Mr. Kismetovic advised youth to go for the goal they have set for themselves for and not to look at the circumstances and the negative comments for anything that they do in their life.

“Life is one, and we have to look to get the best we can from it. So, whoever has a dream, some love for some business, follow that dream. No one will know how it will end if he does not try,” Mr.Kismetovic concludes.