”The present report covers the period from 16 April to 15 October 2020. More than six months have passed since the outbreak of the coronavirus disease (COVID 19) pandemic in Bosnia and Herzegovina, where it has, as elsewhere, become the “new normal”. The authorities in the country have abandoned wholesale lockdown measures and pivoted towards efforts to shore up the economy while also preparing for the local elections to be held on 15 November 2020, coping with virus outbreaks on an ad hoc basis. The pandemic revealed long-standing problems in Bosnia and Herzegovina, in which certain politicians pursued their divisive political agendas at the expense of a unified fight to contain the spread of the virus and its impact on the economy,” is stated in the fifty-eighth report of the High Representative for Implementation of the Peace Agreement on Bosnia and Herzegovina

The crisis again exposes the country’s enormous dependence on international assistance, which highlights the failure of certain nationalist political elites to focus on policies and issues that truly matter to the citizens of the country. In short, the current crisis revealed that the focus by some politicians on making Bosnia and Herzegovina and one of its entities (the Federation) dysfunctional has resulted in the country’s increased economic and material dependence on the international community and contributed to financial, health-related and other vulnerabilities that will have a negative impact on the population.

In October, as part of its 2020 enlargement package and economic investment plan for the Western Balkans, according to which Bosnia and Herzegovina is eligible for European Union assistance, the European Commission delivered its report on Bosnia and Herzegovina. The Commission assessed that the country still had work to accomplish in terms of its ability to meet the obligations of European Union membership, with limited progress in most key reform areas. For the political leaders in Bosnia and Herzegovina, who unanimously continue to publicly express support for the country’s membership in the European Union, this assessment should serve as a call to action for them to set aside their differences and enact the reforms necessary to move forward.

On 7 May, the Central Election Commission of Bosnia and Herzegovina announced that the local elections for 2020 would be held on 4 October. However, left without the necessary funding for their preparatory activities owing to the dissatisfaction of two political parties, the Republika Srpska-based/Serb-majority Union of Independent Social Democrats and the Federation-based/Croat-majority Croat Democratic Union (HDZ Bosnia and Herzegovina), with the election and composition of the Central Election Commission, the Commission was forced to postpone the date to 15 November. During the process of organizing the elections, the Commission has faced numerous politically motivated obstructions by some institutions and/or their principals. It is certain that the COVID-19 pandemic will add an additional layer of difficulty to the holding of the elections. Despite all these challenges, the Commission has been successful in preparing for the elections and trying to reduce risks of election fraud. We support the Commission’s efforts in this regard.

There was movement on at least one key outstanding issue. In June, the leader of the Bosniak-majority Party for Democratic Action, Bakir Izetbegović, and the leader of HDZ Bosnia and Herzegovina, Dragan Čović, signed an agreement to amend the Election Law of Bosnia and Herzegovina to enable the holding of local elections in Mostar for the first time since 2008. This landmark achievement after so many years could not have been accomplished without the involvement of the international community. Elections in Mostar will be held on 20 December. 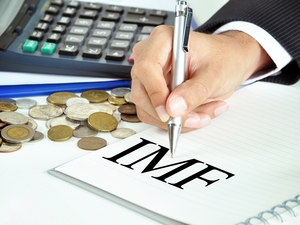