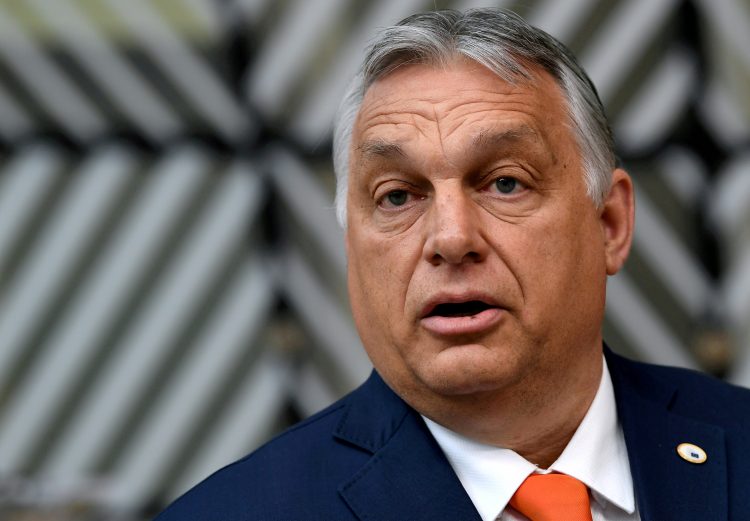 A recent statement by Hungarian Prime Minister Viktor Orban, which describes Muslims in Bosnia and Herzegovina (BiH) as a security threat for the European Union (EU) just a month before his official visit to Sarajevo, raises new questions about the purpose of such an approach.

“I will do my best to convince the highest European officials that the key issue, no matter how far the Balkans may be from them than from Hungary, is that the key issue is how to solve the security of a country of 2 million Muslims,” Orban stated at a press conference in Budapest on Tuesday.

With his statement, the Hungarian Prime Minister started a storm of reactions in BiH, with which his statement, and in general the assistance he provides to Milorad Dodik in the current crisis, was condemned by most political and religious officials. In fact, Orban noted that any connection with Islam, at any level and in any form, is a security problem for the EU, thus trying to strengthen the narrative of Serbian nationalists about Muslims, Bosniaks, and BiH in general.

But, apart from the fact that the message tried to weaken the position of the Bosnian political factor in the European centers of power, it is possible that much more dangerous intentions are hidden behind it.

To recall, just before the announced arrival in Nova Bila and Travnik, Croatian President Zoran Milanovic gave controversial statements for months, knowingly pumping up an atmosphere of distrust to the extent that he tried to diminish Srebrenica tragedy by using Vukovar tragedy and claiming that the Bosniaks themselves had determined and called the Srebrenica war crime a genocide.

“Did genocide happen in Vukovar? We never say in Croatia that it is genocide, probably because we have some limits. But Vukovar was systematically destroyed in two months. The city and the people. Croats and some Serbs who remained with Croats in basements were the targets. And finally, Ovcara, are there any elements to talk about genocide in that territory? “Milanovic mentioned.

It is indicative that Milanovic’s cancellation of the visit to Nova Bila and Travnik happened only four days after the failure of the negotiations on the Election Law, and at first glance, because wereceived no concrete confirmation of the seriousness of the threat from Zagreb or Sarajevo, it represents a new step in Croatia’s policy towards BiH with the aim of fulfilling political goals, satanization of a part of BiH citizens, and thus political elites to cause additional pressure on Sarajevo.

In this regard, it is strange that Viktor Orban‘s message was announced just a month before his official visit to Sarajevo, where he mentioned that Bosnian Muslims are a security problem. It is important to mention that Orban is coming to Sarajevo on January 25th due to the biggest political crisis since the war, with clear support to Dodik, financial assistance, and the announcement that Hungary will block any sanctions against people close to the Republika Srpska (RS) authorities.

The question is whether the statement of the Hungarian Prime Minister is aimed at, using the reactions from Sarajevo, both politicians and the public, to cancel the visit to the capital of BiH due to security reasons? Who could deny something that is not directly confirmed and explained in detail, just as in the case of Milanovic’s arrival? That move would only further confirm the existence of a “security threat” and further weaken Bosnia’s political factor during the current crisis.

Budapest’s cooperation with Belgrade and Zagreb is evident. Apart from all the above, it is enough to recall the Croatian non-paper, which was submitted to Brussels with the support of Hungary, in which it called for a change of the Election Law at the request of the HDZ. Given the current crisis and the noticeable synchronization of the European right-wing politicswith Serbia and Croatia in the context of meeting their goals in BiH, the lowest strikes are to be expected.