The member of the Presidency of Bosnia and Herzegovina, Zeljko Komsic, commented on the information that appeared in the public and refers to the intention of the High Representative to impose changes to the Election Law according to HDZ’s wishes.

Komsic also said that he expects all pro-Bosnian options to express themselves about the deepening of ethnic divisions in the electoral legislation of Bosnia and Herzegovina.

We remind you that information has appeared in the public that consultations are ongoing in the office of the High Representative to consider various options for the imposition of an electoral law.

Pedja Kojovic, the representative of Our Party in the Parliament of Bosnia and Herzegovina, voiced fierce criticism and opposition to changes in the electoral law that would implement part of HDZ’s demands, Klix.ba writes. 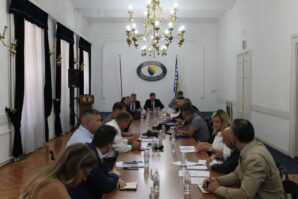