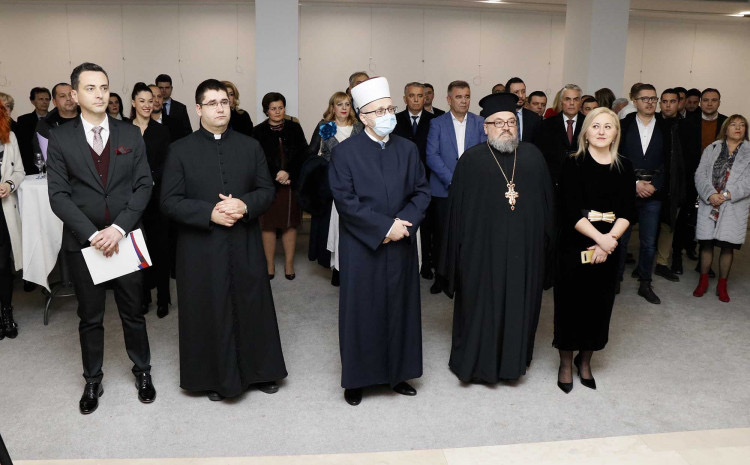 On the occasion of the happiest holiday, Orthodox Christmas, in the Croatian Lodge of Herceg Stjepan Kosaca in Mostar on Saturday, a Christmas reception was organized by the Serbian Educational and Cultural Society “Prosvjeta” of the City Board of Mostar, Serbian Singing and Cultural Society “Gusle”, Serbian Orthodox Church municipalities of Mostar and Zitomislic Monastery, as agency Fena reported.

Messages of love and peace were sent from this solemn event, and especially the desire for unity, in the city of Mostar and throughout Bosnia and Herzegovina (BiH).

On behalf of the hosts, the guests were greeted by the abbot of the Zitomislic monastery, Danilo Pavlovic, who told them that with their arrival they showed “a long-term, decade-long open heart and great respect for the Orthodox community in Mostar.”

The Christmas reception was attended, among others, by the consuls of Serbia, Croatia, Turkey, representatives of the embassies of the United States (U.S.), Russia, the Office of the High Representatives (OHR), as well as councilors, deputies, etc.

In honor of Christmas in the Croatian Lodge of Herceg Stjepan Kosaca, a Christmas concert was held, the sixteenth in a row.