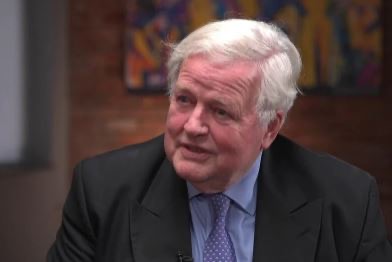 Former colonel in the Army of the United Kingdom (UK) and current member of the UK Parliament, Bob Stewart, who was the commander of the UK battalion within the United Nations (UN) peacekeeping force in Bosnia and Herzegovina (BiH)during the aggression on BiH, recalled his military engagement in our country.

In an interview with GB News, Stewart spoke about the period in which he commanded an armored infantry regiment within the UN peacekeeping force and recalled the happiest, but also the most traumatic experience.

As he said, the happiest memory he carries from that period in BiH is one moment when he looked across the field and saw all the armored vehicles, about 150 of them and his soldiers.

“Then I thought that life could not be better than this. To be the commander of an armored infantry unit that achieved what it was sent to do. We went to BiH in 1992. Then we were told that thousands of people would die if we don’t do something to prevent it. Many died, but we managed to save many, “ Stewart explained.

He added that he was especially proud of the fact that in April 1993, his unit pulled about 2.000 women, children, and the elderly out of Srebrenica.

“We had 20 victims. But we saved 2.000 people. Before leaving for BiH, I talked to my mother. I told her I wasn’t sure I could handle the victims waiting for me in that country. My mother told me ‘get together and do what you have to do. Don’t show any weakness.‘ That’s when I decided that my mission would be to save lives. If you have to save lives by taking lives, then so be it. So that’s what we did,” Stewart added.

Stewart mentioned two events as the most traumatic experiences during his service in BiH. The first, he said, is the death of his driver, who was killed on January 13, 1993, when he accompanied four women to the hospital through Gornji Vakuf.

“The second was when my 29-year-old translator who was with me when we discovered the crime in Ahmici was killed. She was with me there when I spoke in front of the camera. Unfortunately, that is why she became a target. She was killed by a Croatian sniper on July 5th, 1993, ” Stewart concluded.