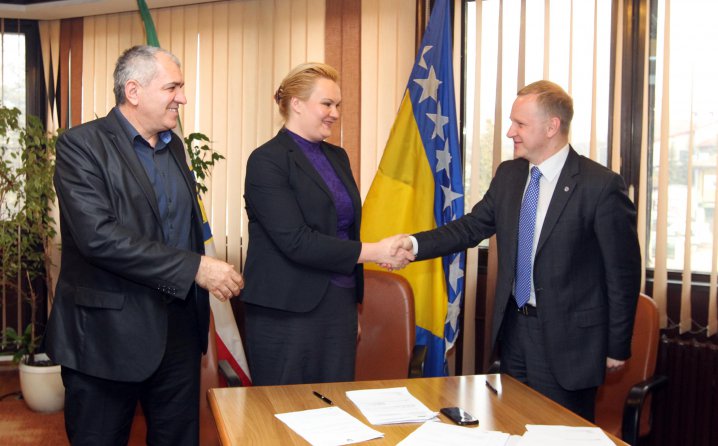 The Chairman of the Assembly ZDC Draženka Subasic, after the consultation with the Vice-Chairmen appointed Miralem Galijašević for prime minister of the Zenica-Doboj Canton.

As previously written, the SDA party presented their candidates for five ministerial positions, and the appointment of two ministerial positions was carried out by the HDZ party, however the official confirmation by KO HDZ BiH is waited for. Cantonal Committee of DF party made a decision for their ministers in three departments, but is the confirmation from the party’s presidency is waited for.

Galijašević was born in 1955 in Maglaj and is a graduate economist who has successfully led the Government of the Canton in the period from 2006 to 2010. During this period he made stabilization of the budget and the social conditions in ZDC. From 2010 to 2012 Galijašević was the head of the Assembly of ZDC. His party colleagues are convinced that this time he will be able to make a stabilizing and positive results in its mandate work, considering that he had already led the ZDC Government in its political activities.