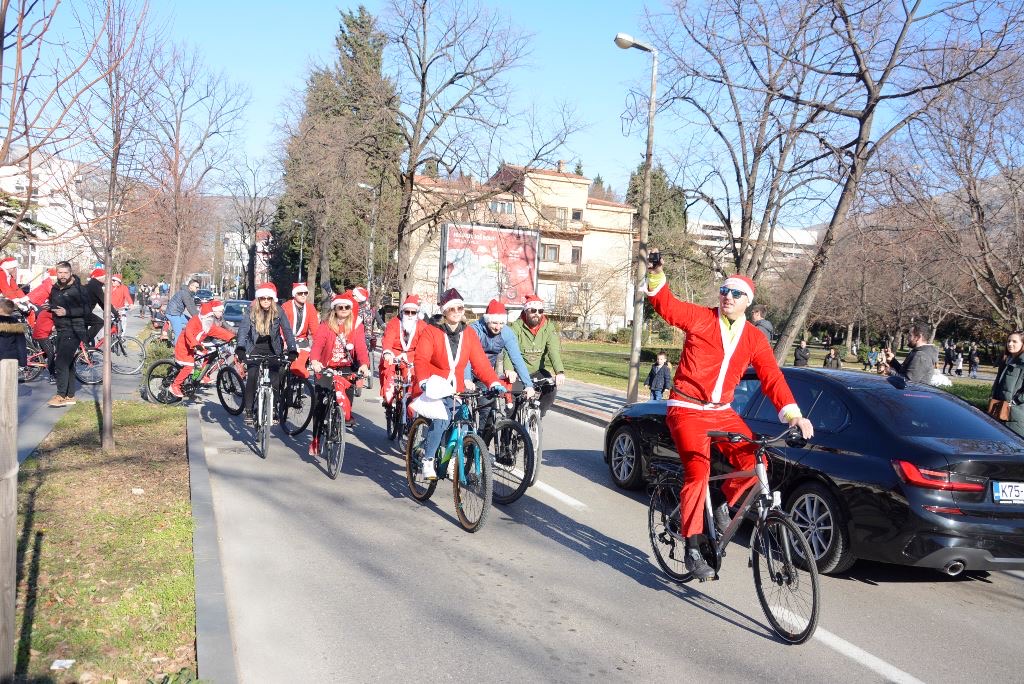 The start and finish were at the Herceg-Stjepan Kosaca Home, and the complete route through Mostar is seven kilometers long.

All those interested had the opportunity to take photos with Santa Clauses on the Kosaca plateau and later continue their socializing in the Winter City with Christmas delicacies. The event was organized as part of Advent in Mostar.

“We have been a part of Advent for five years now. We are glad that the City recognized the importance of the Bicycle Race, and we, the organizers, are especially pleased with a large number of participating children and the number of associations that bring the youngest members to this event. We are glad that the event has reached this scale because a decade ago it was all modest. The Santas who will drive around the city today will give presents to the youngest passers-by, “ stressed yesterday Toni Zoric from the Mostar Cycling Club.

He recalled the very beginnings, at a time when Mostar had only twenty cyclists.

”Facebook had just appeared, where we saw a scene from China of thousands of Chinese dressed in Santa Claus suits riding bicycles. We said ‘let’s do something like similar‘ and that’s how it all started. Today we have more than 200 participants, and we are slowly striving for a thousand of them,” said yesterday a satisfied Zoric.

Everyone who wore Santa Claus costumes or at least put a red and white hat on their head could participate, while members of the Herzegovina-Neretva Canton Ministry of the Internal Affairstook care of the safety of all participants.