The Court of Bosnia and Herzegovina (BiH) issued a first-instance verdict in which it sentenced Boban Indjic to 15 years in prison for participating in the kidnapping of passengers from a train in Strpci and their murder in the Visegrad area in 1993.

Indjic was sentenced by the Court of BiH to 15 years in prison as the commander of the Intervention Company of the Visegrad Brigade of the Republika Srpska Army (VRS) for participating in the kidnapping of 20 civilians from a train in Strpci on February 27th, 1993 and their murder in the Visegrad area.

“When all the evidence is analysed, it leads to the only possible conclusion – that Boban Indjic was present at all key locations with the others,“ told the chairperson of the Council, Vesna Jesenkovic.

She referred to the testimony of several key witnesses who told how an armed group, including Indjic and Milan Lukic, set out from the Visegrad Brigade command to Strpci in the municipality of Rudo, also how the train dispatcher was ordered to stop the train on the Belgrade-Bar route, how Indjic, Lukicand others on the train registered the passengers and took 20 of them out, and drove them in a military truck to the school in the village of Prelovo in Visegrad.

The council established that it was proven beyond doubt that civilians were beaten and stripped to their underwear in the school’s gymnasium in the evening, and then transported to a burned house in the village of Mrsici, where Lukic shot and killed 18 of them, while Indjic stood next to him, and that two civilians were killed by others while trying to escape. The bodies of those killed were thrown into the Drina the next day.

“He was aware that civilians were taken from the train for no reason, in the legitimization of which he himself participated… He is in the presence of Lukic who is killing civilians,” said the chairperson of the Council.

Jesenkovic said that the Council imposed a sentence within the sentence prescribed for a war crime against the civilian population under the law of the former Socialist Federal Republic of Yugoslavia (SFRY).

The verdict states that 18 civilians were of Bosniak nationality, one was Croatian, and the identity of one, who was of Arab origin, has not been determined. She added that parts of the bodies of four civilians were found during the exhumation in Lake Perucac. The families of the injured have been referred to civil proceeding, Detektor reports. 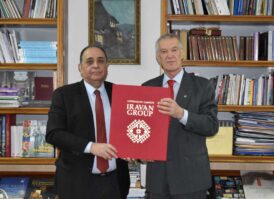 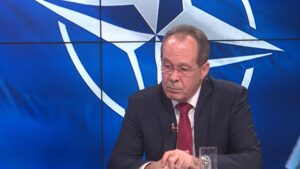