”Meeting Point” Cinema is finishing this season of the art house program with the Oscar awarded film ”A Separation” by Asghar Farhadi. The film will be screened from 27th till 29th December.

The audience from Sarajevo had the opportunity to watch several films that were very successful on world’s film festivals.

Those were:  “Children” by  Aida Begić, “One upon a time in Anadolia”  by Nuri Bilge Ceylana, “Shame”  by Steve McQueen, “All from our family”  by Radu Jude, “Holy motors”  by Leos Carax, “The Angels’ Share” by  Ken Loach and  “Tabu” by  Miguel Gomes.

The film ”A Separation” has delighted the audience around the globe as well as the film critics. This film will be screened at the ”Meeting Point”’ Cinema for two days, starting at 20:00 p.m. 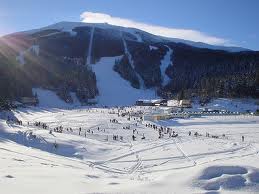