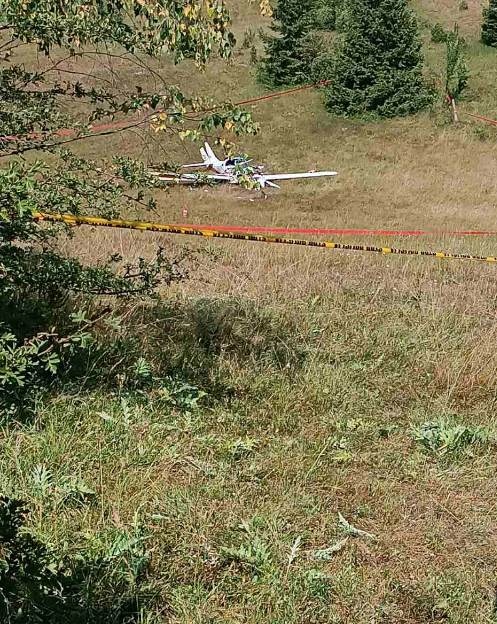 Yesterday, the news that was published by the “Avaz” portal echoed in the region, that an aircraft had crashed in Nisici and that two people had died. The investigation lasted until late at night, and this morning the wreckage of the plane was transferred for expert examination.

What is known so far, and what “Avaz” has published, are the Austrian citizens, Johann Satler and his wife, who died.

And while the assembly of the mosaic continues, which will eventually lead to the cause of this terrible accident, “Avaz” learns that one of the possible reasons for the plane’s crash is a lack of fuel.

The Austrians took off from Hungary, from the airport in the city of Fertőszentmiklós and the first landing of the plane was recorded in Pécs, also in Hungary.

From Pécs, they flew to Tuzla in a VL3 – Evolution model aircraft, where they successfully arrived.

The departure from Tuzla towards the Nisic plateau was, it is now clear, the last departure for Satler and his wife.

Unfortunately, they did not reach the runway, they crashed a few hundred meters above the air line in the Dusevina area.

The investigation will determine how many liters were in the plane when it took off from Tuzla, and according to the specification of the VL3 aircraft, the tank capacity is 120 liters.

Fuel Prices in BiH in Decrase, what will happen with Consumer Goods?
Next Article