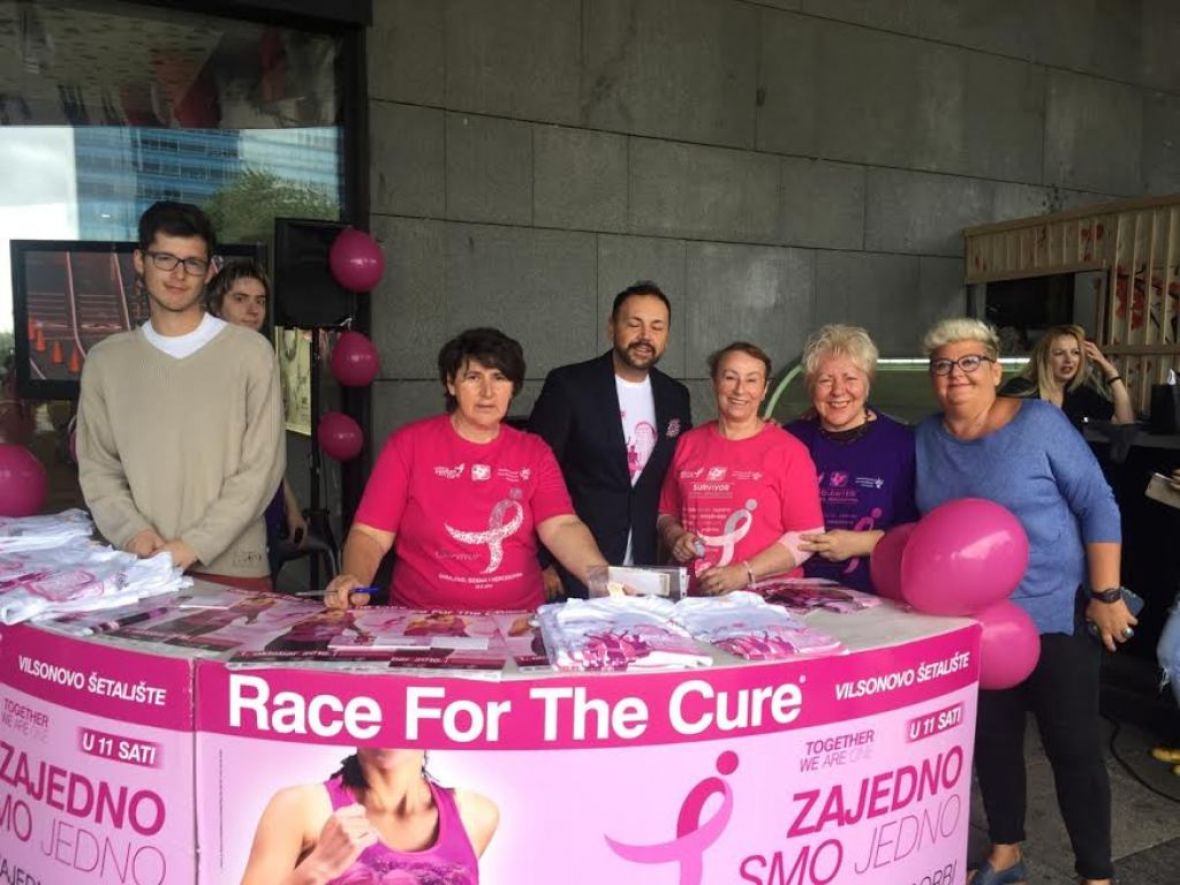 On Saturday, the 24th of September, public personalities from BiH will continue to register citizens for “Race for the cure” in front of the Sarajevo City Center (SCC) in Sarajevo settlement Marijin Dvor in Sarajevo at 12 pm.

In this way, public personalities are giving their support to raise awareness about prevention of breast cancer.

“Race for the cure” will be held on the 1st of October from 11 am, where large number of people from BiH will gather on Wilson’s Promanade in Sarajevo during the manifestation that is aimed to raise awareness and empower women’s health in the fight against the breast cancer.

Registration costs 7 BAM, and upon registration shirt with “Race for the cure” logo is given as a gift.

All funds collected from registrations will be spent on buying gift packages for every newly operated woman in BiH, as well as on free mammograms in rural part of the country.

Citizens who did not register on Saturday will be able to do that on the day of the race on the 1st of October at 11 am, on Wilson’s Promanade in Sarajevo.

“Race for the Cure” is unique event with the aim to gather people who survived the disease and their friends, citizens, families, teams of students, famous personalities, in order to support the action of raising awareness in fight against the breast cancer.

“Race for the cure” is branded worldwide race and such manifestations are held every year in more than 150 cities, and attended by several million people.