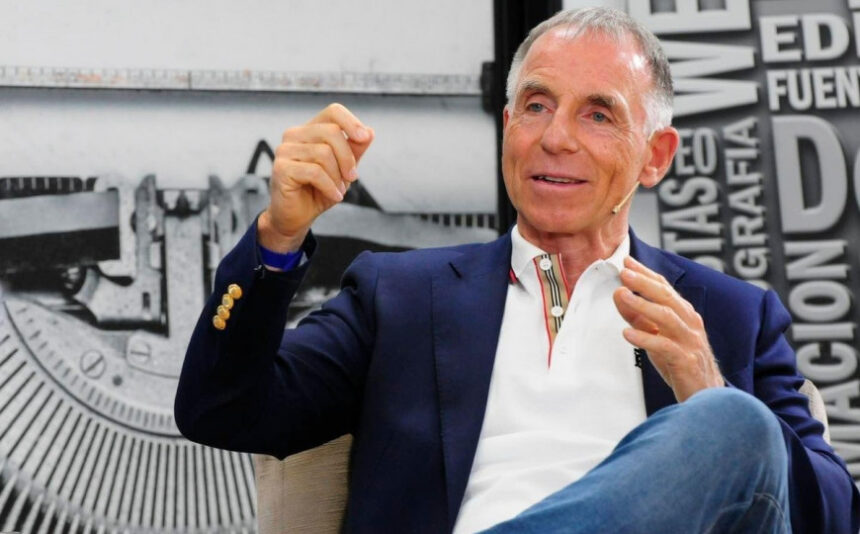 Dr. Rainer Zitelmann is a unique person. He is a historian and sociologist by profession. He is also a world-renowned author with more than twenty published books. However, Zitelmann is also a successful businessman who ran a well-known company in Germany and is also known as a real estate investor. On Friday, Zitelmann promoted his book ”Ten Myths about Capitalism” in Sarajevo. In the interview, Zitelmann talks about why we need this system, why capitalism failed in Bosnia and Herzegovina (BiH), and what are the key dangers for the world economy today.

The problem of intellectuals

Why do we need capitalism?

”Because it is the only efficient system for creating prosperity and well-being. After centuries of economic stagnation, where an individual born into a poor family could be almost certain that his status would not change, thanks to capitalism, it became normal, from generation to generation, to expect that children live better than their parents, that we all have a warm home, drive cars, travel around the world… But you also have more concrete examples. In the last century, we tried alternative systems. Well, just compare West and East Germany, North, and South Korea, and you can also compare China under Mao Zedong and China that implemented market reforms. So, the historical result is absolutely on the side of capitalism,”Zitelmann stated.

But why is capitalism still a “dirty” word for many?

”People forget. They are not satisfied with their condition and tend to believe that it would be better in another system. You have a 150-kilogram man who stops eating unhealthy food and drops to 80 kilograms. And then one day he says: ”Why don’t I eat pizza now, it’s delicious, it won’t hurt me, I’ve had enough of this suffering and diet.” And then he starts eating ice cream, French fries, cakes, fried food, and other things. In the first month, nothing will happen to him, maybe he will gain a kilo or two. But, he forgot that this is exactly what led him to those 150 kilos. If he continues with such a diet, after a certain period he will ruin himself again and return to those 150 kilos. It is the same with socialist policies.”

”Another problem is that people who support capitalism have a good argument, but are very bad at promoting their ideas. Socialist intellectuals and propagandists are far more successful at promoting the socialist idea. A big problem is also the intellectuals who produce ideas all day long, they are strong in the media, they are strong in the universities, and in fact, they are the group that to the greatest extent opposes capitalism,” he said.

Why is anti-capitalism attractive to intellectuals?

”The workers never accepted socialism. Even Lenin wrote in his 1902 work ”What Is To Be Done” that socialism is a movement of intellectuals that has yet to be transferred to the workers. The reason why intellectuals support socialism to such an extent is simple. At school, they teach you that you can succeed in life if you read a lot, have great theoretical knowledge, do what your teachers tell you, and so on. But, what is happening? You were, say, a great student and one day you go out into the market and realize that things don’t work that way. You see, for example, next to you a person with a modest education who has made millions, is a much more powerful and desirable member of society than you, drives a Ferrari, and has a much more beautiful wife than yours. This creates frustration among many intellectuals, so they tend to support ideas that condemn such a system and look for an alternative to it,” he answered.

But many people in BiH, when they look at the rich, will see war tycoons, schemers, and fraudsters… How can they be a role model for anyone normal and how can people say ”what they are doing is good”?

”You have two types of entrepreneurs. You have people like Bill Gates, Steve Jobs, or Elon Musk, who made their fortune thanks to innovation and because they gave the world a product that made their lives easier. You have a different type of entrepreneur, and they should not be considered entrepreneurs at all, like the oligarchs in Russia, who stole their wealth. I think you have the same problem in BiH, that your richest people have become individuals who, in the process of transition, appropriated social property. This is not capitalism, but kleptocracy. But this is precisely why you need the liberalization of the economy so that real entrepreneurs can impose themselves with their innovations and products and suppress such usurpers,” Zitelmann pointed out.

However, for the average person in BiH, it is synonymous with capitalism. He remembers that in socialist Yugoslavia he had a job, a roof over his head, that he had land with production, there was much less work, and prosperity was greater. How to convince such a person that capitalism is better?

”You have to explain to people that you have two types of socialism. They remember Tito’s socialism, which was more market-oriented than competitive socialism, but what you live in today is also one type of socialism. The state controls two-thirds of your GDP, you have hundreds of state-owned companies, a huge administration, and the largest private companies are tied to the state. What kind of capitalism is this? But let me tell you, I don’t believe that people in BiH today are really materially worse off than in Yugoslavia, but people always remember only good things,” he said, Avaz reports.