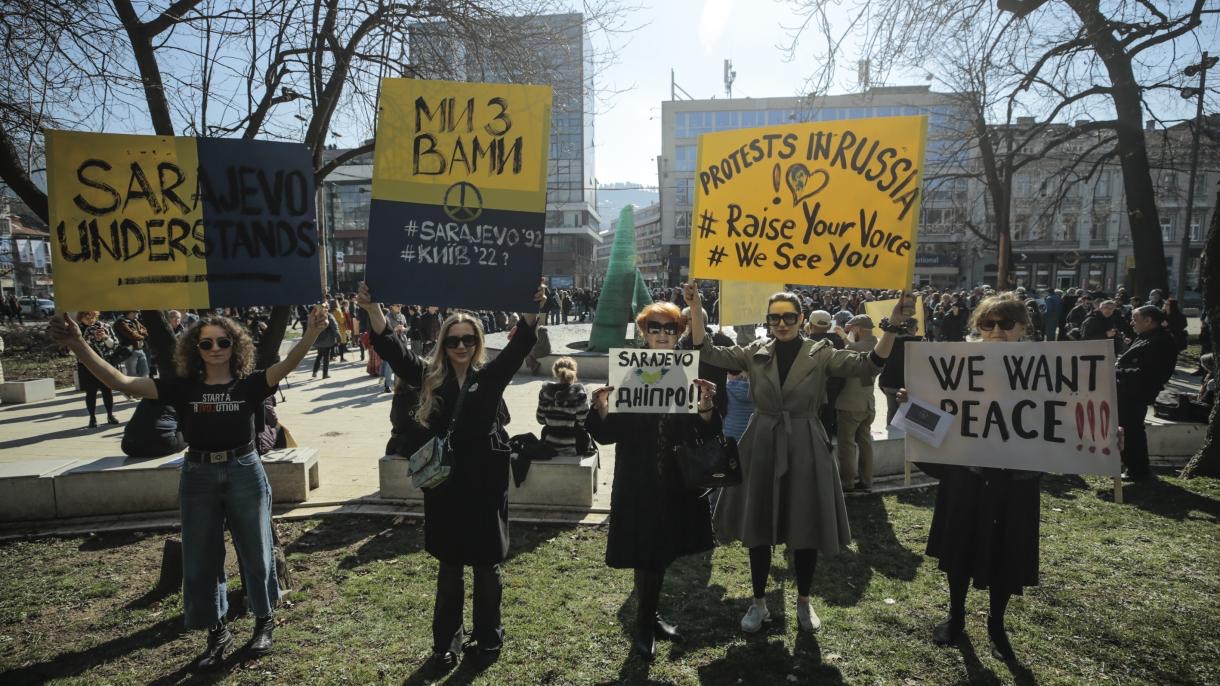 The Association of Victims and Witnesses of Genocide and the Association “Movement of Mothers of Srebrenica and Zepa Enclaves” will organize a rally in support of the Ukrainian people in Sarajevo today.

The meeting was also supported by the member of the Presidency of Bosnia and Herzegovina (BiH), Zeljko Komsic.

In order to implement security measures for public gatherings, the Ministry of Transport of Sarajevo Canton gave its consent to the Association “Movement of Mothers of Srebrenica and Zepa Enclaves” to temporarily change the traffic regime for tomorrow from 11:55 am to 1 pm.

The change in the traffic regime consists of a traffic ban for motor vehicles on the Marshal Tito road on the section from the intersection with Kaptol Street to the intersection with Kosevo Street. The suspension of traffic does not apply to vehicles from Articles 125 and 126 of the Law on Basics of Traffic Safety on Roads in BiH.

Tram traffic will be redirected to the Skenderija turnpike

During the validity of this decision, carriers will adjust the maintenance of public transport (in the defined term, tram traffic will be redirected to the Skenderija turnpike) as well as timely inform passengers about the change.

After the set time limit, ie the creation of safe conditions for traffic, a regular traffic regime will be established, Avaz writes.