One of the saddest dates in the near history of Sarajevo was marked yesterday – the Day of Remembrance of all the victims of the besieged Sarajevo in the period from 1992 to 1995. Besides that, the capital of BiH paid tribute to the victims of the massacre on Markale market. On this day in 1994, the shell fired from aggressor’s position killed 68 and wounded 142 citizens of Sarajevo.

On this occasion, a joint commemoration session of the Assembly of the Sarajevo Canton, the City Council of Sarajevo and municipal councils of the city of Sarajevo were held yesterday, organized by the Sarajevo Canton. After the session, flowers were laid at the location where the victims were killed on Markale.

During the four-year siege of the city of Sarajevo, there was almost no place in the city that was safe and many parts of the city, unfortunately, are remembered as sites of terrible crimes. One of such places is the Markale market, where 68 citizens were killed only on February 5, 1994.

On this day, as on other days of the year, a large number of citizens gathered at the Markale market where they were trying to find certain food items. However, this February 5 was fatal for 68 citizens when the aggressor’s shell of 120 mm caliber, shot around 12:30 a.m. from the aggressor’s position in the village of Mrkovići, fell on the Markale market where a large number of citizens gathered at that time.

As a reminder, the second massacre on Markale occurred on August 28, 1995, when 37 people were killed and 90 were wounded. That second attack on the citizens was a direct cause for NATO’s bombing of Serb positions.

Unfortunately, there are still the advocates for the revitalization of those crimes, those who are trying to deny the brutal killing of the civil population on the Markale market.

What is the Amount of Public Debt of BiH?
Next Article 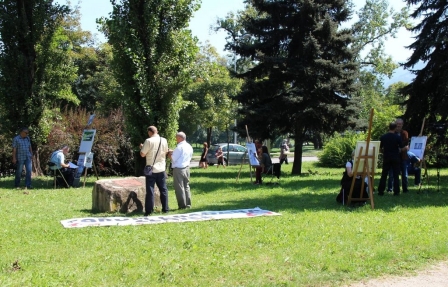