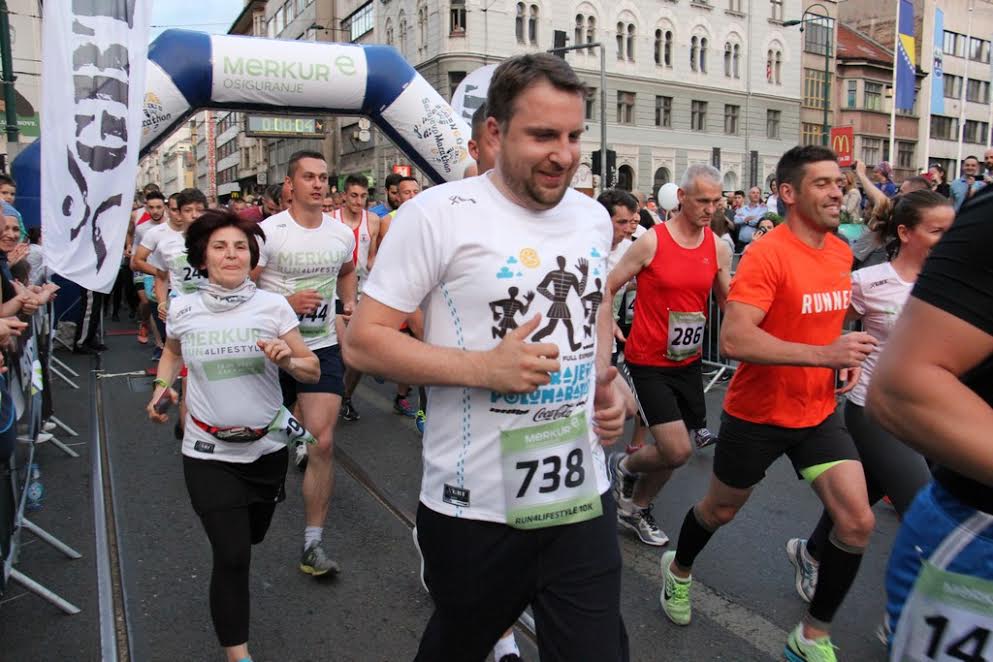 The mayor of Sarajevo Abdulah Skaka welcomed the participants and the director of the Merkur BH Insurance Borislav Doder marked the start of the race and handed the prizes to winners.

In his speech Skaka emphasized that the City of Sarajevo has been a member of the World Health Organization Network since 2007, whereby health is promoted as the greatest individual and common good.

“It is important to encourage everything that is in function of healthy and active life. To be successful in your mission, it is necessary to unite forces, we can do much more together on the physical and social dimensions,” Skaka said.

A good entertainment was provided by the local DJ performers, and the city lights in the night gave a special atmosphere in which runners so far had no chance to participate.

This is the first night race in the history of Sarajevo as well as the one in which Sarajevo’s mayor joined. Huge enthusiasm followed this sporty and socially responsible project, and this is witnessed by the numerous audiences who roamed the streets.