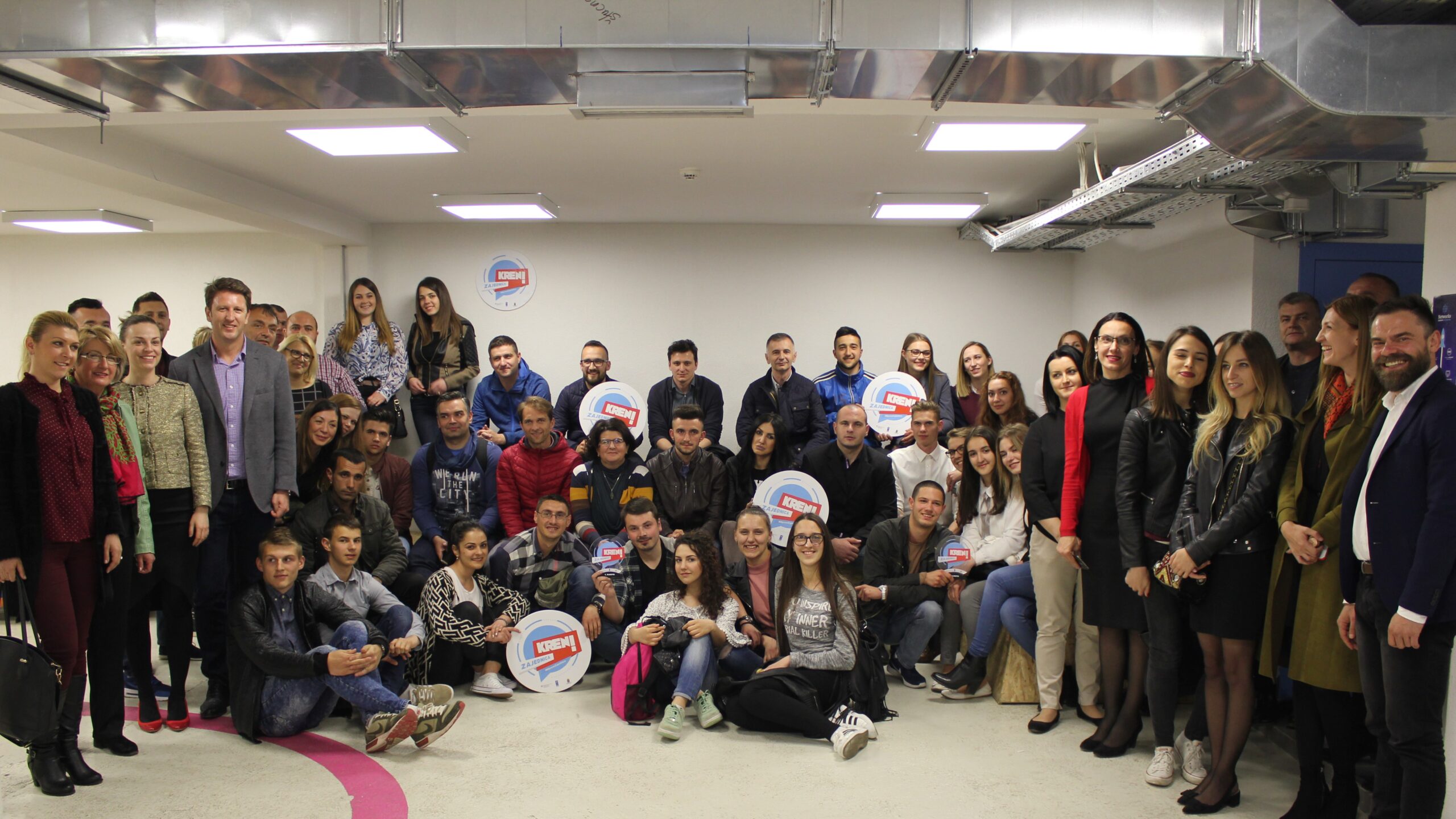 On Tuesday, the 4th of April 2017, the second Start-up day “Let’s go” was held in Sarajevo within the framework of the project “Strengthening the role of local communities in BiH” which is a joint project of the Government of Switzerland and the Government of Sweden, and it is implemented by the United Nations Development Programme (UNDP).

Participants of the second start-up day “Let’s go” from Olovo, Rudo, Pale-Praca, and Sarajevo got the opportunity to present their business ideas in different sectors that have a component of social responsibility in order to help their community. During just an hour, a total of 29 ideas were presented after which, with the help of experts who are promoting social development, they created start-up solutions and presented them to the professional jury.

On behalf of the project team “Strengthening the role of local communities in BiH”, the attendees were addressed by Majda Ganibegovic, head of the project, and said that the second from a total of six start-up days, shows how the start-up way of thinking can be applied to the development of skills that are important for improvement of the community, and that the idea of people who are attending it shows the will and desire for change, but also the willingness of individuals for the contribution on  the social level. At the end, she emphasized that this platform shows the potential for cooperation and synergy of representatives of the local community, non-governmental organizations, youth and the private sector.

Edin Memic, the co-founder of Networks, noted the importance of this type of gatherings as this is the quickest way for citizens to make project proposals that have a great impact on their local communities, and to get support and encouragement for engagement in the implementation of these socially useful projects.

The next start-up day will take place on the 13th of April in Zenica.