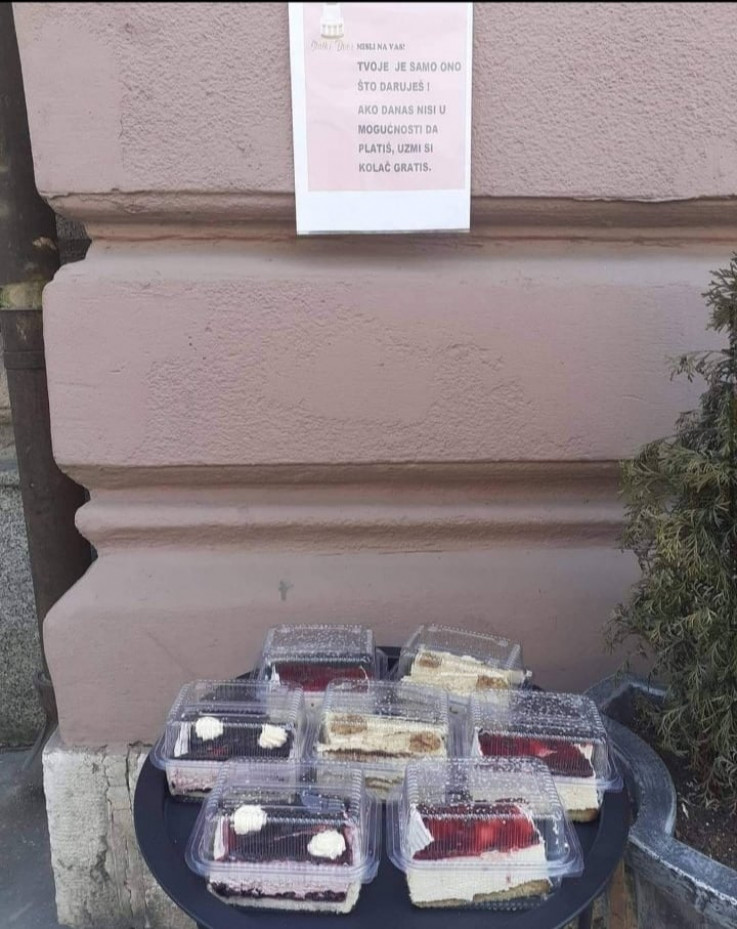 The owner of the confectionery “Slatki dvor” in Sarajevo and the famous confectioner Damir Rozajac surprised many Sarajevo citizens on Friday night.

Namely, he handed out free cakes in front of his confectionery.

As he said in a statement, he plans to continue sharing cakes until the end of Ramadan.

”I have been in this business for twenty years. The idea was not planned or intended, that is, it is not a form of advertising. It is just to show that there is some more humanity in Sarajevo, as they say. To those who are not able to buy, to afford to eat for iftar, we are here to show with a small gesture that there is still humanity in Sarajevo,” Rozajac stated, Avaz writes.

Pensioners in BiH live on the Edge of Existence
Next Article