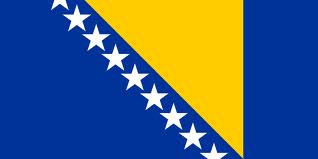 The year of 2012 has been very successful in terms of sport and achievements of individual athletes and sport teams in B&H. A lot of our athletes won numerous awards, and our country got several great sport projects for the next year. Our teams from the category of juniors to seniors, as well as our basketball, football and sitting volleyball national teams have scored great results at various competitions. It seems that B&H is headed towards more sport success than ever. Judging by the results of football teams, as well as handball teams from the Federation of B&H and from RS, there is a lot of sport potential in current young teams that are very much dedicated to their profession and are ahead of new results, new competitions, and championship.

Besides the sport achievements based on the success of individual teams or national teams in all categories in our country, B&H has achieved to organize another interesting winter season that will eventually attract many tourists and will offer for the its citizens a very interesting past time activities on some of our Olympic mountains. As an event that has probably changed the future perspective of our country’s sport success is the organization of the European Youth Olympic Winter Festival in 2017. Concerning other organization of big events, besides EYOWF, B&H will also be the host of 39th Balkan Table Tennis Championship for seniors, which will be held in Sarajevo. The Municipality Center Sarajevo will perform the duties as the co-organizer of this championship, which will be held from the 28th August till the 1stSeptember, 2013. Another positive event that happened during 2012 is election of the new president of the Organizing Committee of the European Cup in Alpine Skiing 2014. The president of the Organizing Committee of the European Cup in Alpine Skiing is Željko Komšić.

As far as the success of B&H teams is concerned one has to mention our ice skaters who scored memorable results at the competition of the Slovak Open . In order to remind, Tarik Omeragić from the D category, achieved to take the second place and to stay on the second place in the final ranking list of the Danubia Cup series. Another D category (figure skating) contestant, Samra Selimbegović, won the fourth place. In the final ranking list, Selimbegović remained on the seventh place. Also, B&H representatives in Alpine skiing have achieved memorable results at the international competitions in Italy and Norway.

Žana Novaković won the first place in the category of giant slalom at the International Competition in Italy. With this success she also confirmed her position in the Olympic team of B&H. At the same competition, Amira Halilović won the 14th and Sumeja Hadžić won the 17thplace.

The national team in sitting volleyball has proved to be the best in their category, when they won the gold medal at the Volleyball tournament in London two years in a row. This team is the only B&H team with so many awards and trophies. We hope that 2013 will also be very lucky for them. Our senior basketball national team has won the first place in the qualification and that success has enabled them to qualify for the Continental Festival that will be held in Slovenia.

The football representation of B&H has also marked a great success in this year and is currently on the 27th place of the FIFA ranking list. Our young handball players, the team ”Mladost” from Banja Luka  have finished the first part of the season in the Second league of RS with highest possible results. Due to this, this team is on good path towards playing next year in the First league.

The year 2012 was the most successful year in the long history of the Mountaineering Association of B&H, since it was found 120 years ago. They have scored great results at the international competitions in Turkey, Serbia and in Bulgaria.

The year of 2012 was also marked with a lot of individual success of athletes, so many B&H got prestigious recognitions, such as Sana Muslić who was proclaimed as the first Junior Bodybuilding World Champion, Larisa Cerić who won  the title of the European champion in the category of young seniors at the European Championship in Prague, Aldin Šetkić’ and Mervana Jugić-Salkić’s succes on the ATP and WTA ranking lists and the success of B&H juniors tennis players who will compete at the Orange Bowl Tournament in Miami.

In the category of martial arts, and within the manifestation ”Sarajevo Fihght 2”, Mesud Selimović won the WKU championship belt. A lot of national team football players have achieved international success and marked the year 2012 with transfers from one team to another. Due to that, Zvjezdan Misimović will play in 2013 for the Chinese team, our captain of B&H football team Emir Spahić is playing one of the best seasons in his career, and Said Husejinović signed for ”CSKA Sofia”.

The Football Federation of B&H got a new president Elvedin Begić, who will be the president for four years, which is the first time in the history of NS B&H. FK ”Slavija” and FK ” Željezničar” also got new presidents and are ahead of a better carrier in the future. Our futsal representative Alen Lalić also marked international success with its transfer to Shangai.

The year 2012 was very successful sports year and all prognoses for 2013 is anticipating even more results and possible qualification of our national team at the World Championship in Brazil.

Pionirska dolina is getting a vivarium
Next Article