Forty-one years ago or more precisely on April 5, 1979 in the French Grenoble, Basketball Club Bosna achieved a historic win over the Italian Emerson and became a European champion for the first time, writes BH news agency Patria.

In front of 12,000 fans, the popular “Students” were celebrating a great victory with score of 96:93. Back then, it was then the biggest success of Yugoslavian, and today it is still the largest Bosnia and Herzegovina’s basketball success.

This generation was written with golden letters in both Yugoslavian and European basketball. In the next four years, Bosnia has won two national titles – in the seasons 1979/80 and 1982/83.

Last year, due to accumulated financial problems and debts, BC Bosna changed its name to BC Bosna Royal which caused many controversies among basketball fans of this legendary club. 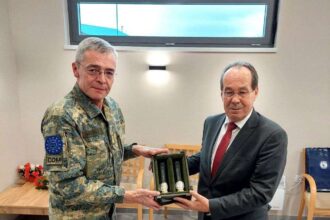