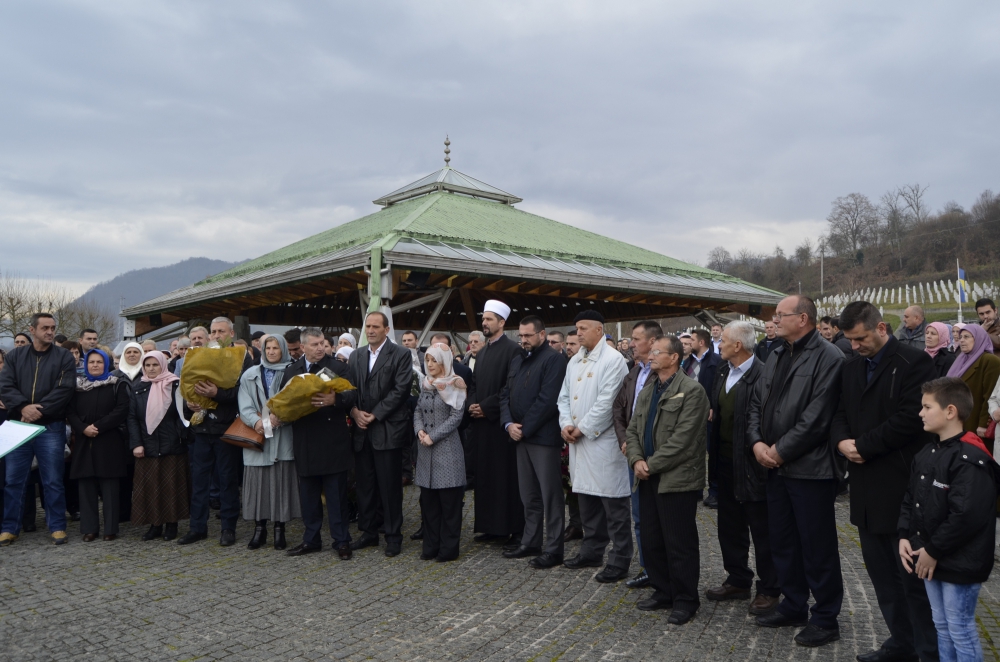 By laying flowers and reciting Fatiha in the cemetery of the Memorial Centre Srebrenica-Potocari, yesterday was marked the Statehood Day of BiH.

As in previous years, wreaths at the foundation stone in the cemetery were laid by representatives of the Municipality of Srebrenica, the Memorial Centre Srebrenica-Potocari, independent union PPDIVUT BiH and children from HO MFS EMMAUS Srebrenica.

Sadik Ahmetovic, the President of Managing Board of the Memorial Center Potocari – Srebrenica, said in his address to the participants that on this day, the 25th of November 1943, was restored the statehood of BiH.

“We are marking one of the most important dates in our history. On this day, our country returned its statehood. On that day were laid the foundations of the sovereignty of BiH. This was a day of great victory in the fight for equality. However, this victory, as it turned out in 90s of the last century, was not final. We know what the price of the statehood of BiH was and how much it was paid. Statehood was paid with the most valuable price – human lives. We in Srebrenica have to fight, because we are aware that here is kept the statehood of BiH,” said Ahmetovic.

Attendees were addressed by Minister for Refugees and Displaced Persons of FBiH, Edin Ramic, who said:

“I want to congratulate the Statehood Day of BiH to all of you. I am glad that we are here in the Memorial Centre today. We will continue to work with you in order to make progress in this area and leave it better for generations to come. It is on us to be more persistant and unique in this area. We must not forget that this is not the arena for our mutual competitions, but our goal must be to do as much as possible for our country and our people. With joint forces with other nations, we must do more for the future of our children. The attitude of the Federal Ministry towards the new authorities in Srebrenica will mean the attitude towards the mothers of Srebrenica and returnees. We will monitor your views in all activities,” said Minister Ramic.

However, yesterday in Srebrenica was an ordinary working day. The only activity besides laying flowers and reciting Fatiha in the Potocari Memorial Center in celebration of the Statehood Day was an exhibition of photographs of Adem Mehmedovic. The exhibition was held from 2 opm in the motel “Alic”.

Do you know all the Historic Buildings in BiH? (Photo)
Next Article Snow and low Temperatures in BiH next Week?
Leave a comment Leave a comment