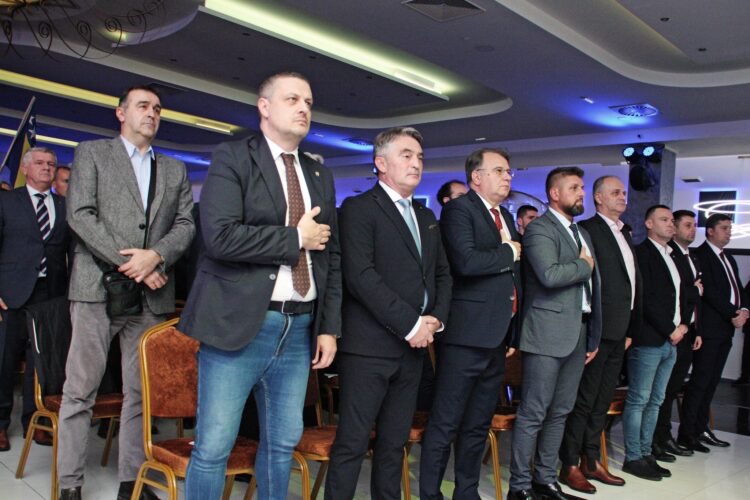 Two days ago, a ceremonial academy on the occasion of Statehood Day was held in the ceremonial hall at the Banja Luka fairground, which was attended by Bosnia and Herzegovina (BiH) Presidency member Zeljko Komsic.

For the second year in a row, a ceremony was held in Banja Luka on the occasion of the Statehood Day of BiH, and this year it was also held at the initiative of Vojin Mijatovic, from Banja Luka SDP, who is also a representative of the Movement for the State.

BiH Presidency member Zeljko Komsic, after reciting the historical part and the courage of the people who made the decisions, said that courage was necessary, to say ”yes” in war and political circumstances.

”Then they had the strength to say that everyone is the same and has the same rights, that everyone should be equal. The same standard did not exist in democratic countries at the time. Some countries that pride themselves on democracy only gave women the right to vote long after the war, it took them a long time to bring everyone on the same level,” Komsic emphasized.

In the end, he thanked everyone for the opportunity to be in Banja Luka and congratulated everyone on BiH Statehood Day.

In addition to the already mentioned, the ceremony was also attended by the president of SDP BiH Nermin Niksic, representatives of the Movement for the State, and numerous guests.

”I am happy that we are celebrating BiH Statehood Day in Banja Luka. This is one of the most important cities of BiH and a pearl, and it is important that we gather here and mark the date when the dreams of the destruction of BiH were sealed,” said Niksic and added that BiH belongs to everyone and will remain joint:

”The SDP BiH is ready to tackle the problems. No function or power is worth renouncing the idea of BiH and an equal country for all peoples, but also for us to be good neighbors and good people. Our goal is a country on the right side of history and on the way to the European Union (EU). It is not an easy goal, but it is achievable.”

What did the European Report on the Consumption and Trafficking of Drugs in the Western Balkans reveal?
Leave a comment Leave a comment