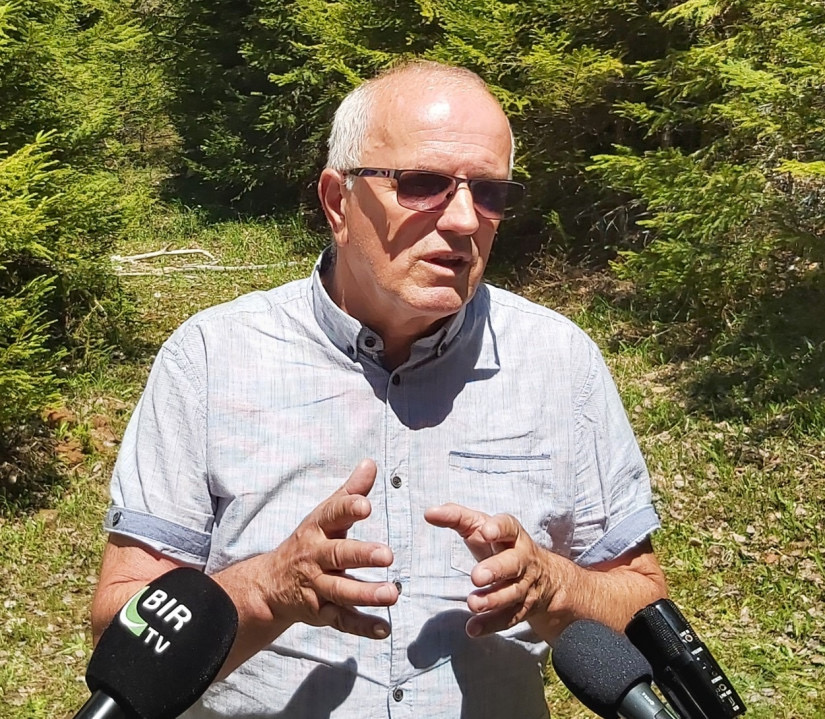 The 30th anniversary of the crimes against civilians from Cajnice and the surrounding area was marked by prayers next to the devastated hunting lodge on Mostina near Cajnice and laying flowers near the building where traces of rifle bullets remind of the evil of May 1992. In May 1992, 42 Bosniaks were detained in the hunting lodge, and May 19th as the date of their murder is marked as the day of the suffering of the Bosniak population from this municipality.

Hatidza Sisic‘s brother, who was 24 at the time and studied mechanical engineering, was one of the 42 civilians killed at Mostina. He came to Cajnice because of his mother, and he was taken away from her hands.

He was taken away from home five times

”They were imprisoned here, they were tortured here and they were brutally killed here. Some of them were found in tombs that were moved and excavated to cover up this horrific crime. Some of the commanders are not yet available to the face of justice. Unfortunately, they are in the neighboring state of Serbia, which does not want to deliver or process them,” notedSisic.

Sulejmen Suljo Homoras could not hide his emotions in front of the remains of the home where he spent only one night.

“I would not wish my enemy to survive what I had to. God forbid. I was taken away from home at least five times, interrogated… Imagine a situation in which a man comes to you and says if I don’t bring my brother who was in the free territory of Gorazde at the time, we will kill your children and wife,” said Homoras about the days of May ‘92 in Cajnice.

He spent only one night in the hunting lodge on Mostina. He was saved at the last minute.

”I survived thanks to my Serb friend, may he rest in peace, who came for me and another friend of mine and took us away from here on May 18th, 1992. The next day the execution was carried out. Already on May 20th, about 500 Muslims were released to go to Pljevlja by car and bus,” explained Homoras.

As every year when Izet Kesan and his wife are able, they came to pay tribute to his uncle Hamsa, first cousins Mujo and Ismet, cousin Ibro, and other fellow citizens. He pointed out that they were captured after they came out of the forest, through which they were trying to reach Pljevlja, onto the road. They were interrogated, robbed, detained at Mostina, and then killed.

”We come to express our support, to ask everyone to fight so that this is not forgotten. The culture of remembrance is the basis of our existence as Bosniaks in this territory,” Kesan emphasized.

Chief Imam of Majlis of Islamic Community (MIZ) Cajnice, Avdo Effendi Sisic announced that the priority in the upcoming period will be the construction of a memorial on Mostina in memory of the victims whose remains, for the most part, have not yet been found, Avaz writes.