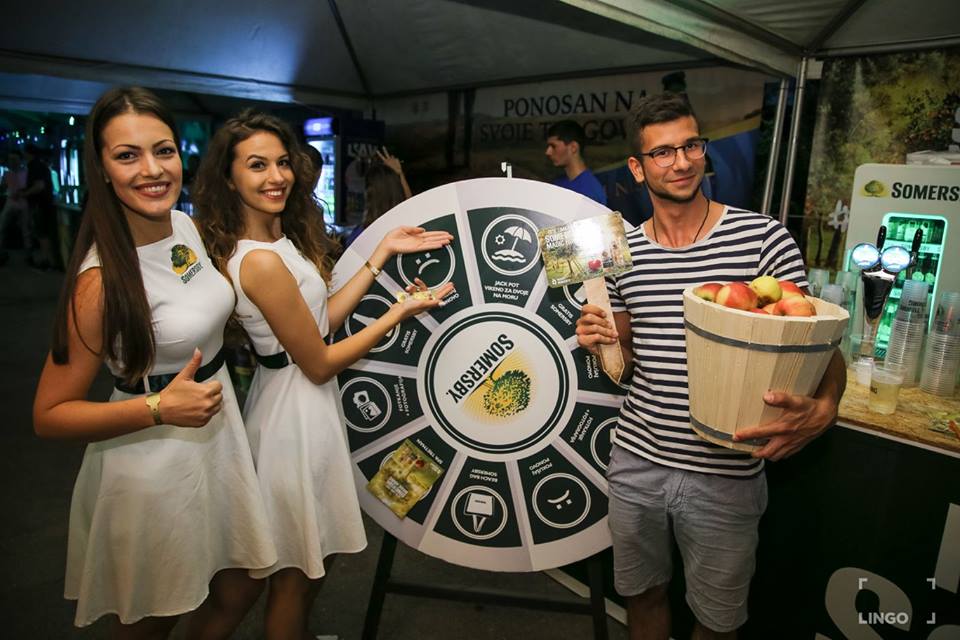 For many lovers of good beer and quality music, the summer did not get started until the Sarajevo Beer Fest, an event launched six years ago in the capital of Bosnia and Herzegovina (BiH), started late on Thursday night.

The first night of the 3-nights festival was opened by the popular rock band from Croatia ‘Let 3’, who is celebrating 30 years of existence, providing the audience their specific humor and a sense of bizarreness. On the same night, lovers of screaming rock guitars were satisfied with the Kawasaki 3P and their provocative performance.

Beer mania in BiH’s capital Sarajevo peaked on Friday night, the second night of the festival, when some thousand of visitors enjoyed the concert by Edo Maajka, one of the most famous rappers in the Balkan region.

Klara Saric, a woman pouring beer at one of the numerous bars, said on Friday that brewers are more creative with preparation of beer than ever.

“For the last three years I am present at Sarajevo Beer Festival and this year we tried to be creative as much as possible, providing different types of beer to different beer lovers. This summer, we used different ingredients and a lots of ice. We hope visitors will like it as much as we do,” Klara told Xinhua.

The festival has doubled in size this year, offering 17 types of beer producers and 11 popular music bands from the countries of Balkans.

Ena Talam, a part time singer in one of the bands in BiH told Xinhua that she is every year hardly waiting for July to start because she knows it is the time of good music and quality beer at Sarajevo Beer Festival.

“I was at Sarajevo Beer Festival 5 years ago and this year, I can tell the great difference. This year, the beer offer is richer, so is the number of concerts. I especially enjoyed the Dejan Petrovic Big Band concert because they play Serbian traditional music, but combining it with modern elements. I just love it!

The final third night of the festival was characterized by the Macedonian musician Kiril Djaikovski who played Macedonian ethno music mixed with electro rhymes, providing different insight into music, especially to his faithful audience following him from Macedonia.

For lovers of good entertainment this time is a great time with current beer brands, as well as concerts of prestigious musicians from BiH and the region, and thanks to the efforts, the festival has kept increasing.

In the eyes of Aleksanadra Kostic, an organizer, this year’s Sarajevo Beer Festival is more successful than previous ones because a record number of bands is playing, attracting thousands of lovers of quality beer and good music. The organizer’s team emphasized that the Sarajevo Beer Festival has become an inseparable part of the entertainment and cultural life of BiH.

“Compared to previous festivals, the numbers are constantly growing, hence the number of beer brands presenting, number of music bands playing, and the number of visitors, “Kostic said proudly.

Since 2012, each passing Sarajevo Beer Festival brings more gatherings and more innovation. Three festival nights were characterized by the combination of “high-energy” mix of “groovy beat”, distinctive Balkan trumpets and screaming rock guitars, providing the audience with the ice beer flavor and loud noise until the very morning hours.

At which Place is BiH based on the International Property Rights Index?
Next Article Bjelasnica Mountain: Richness of Nature at an altitude of 2,000 Meters
Leave a comment Leave a comment 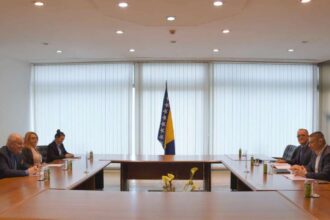