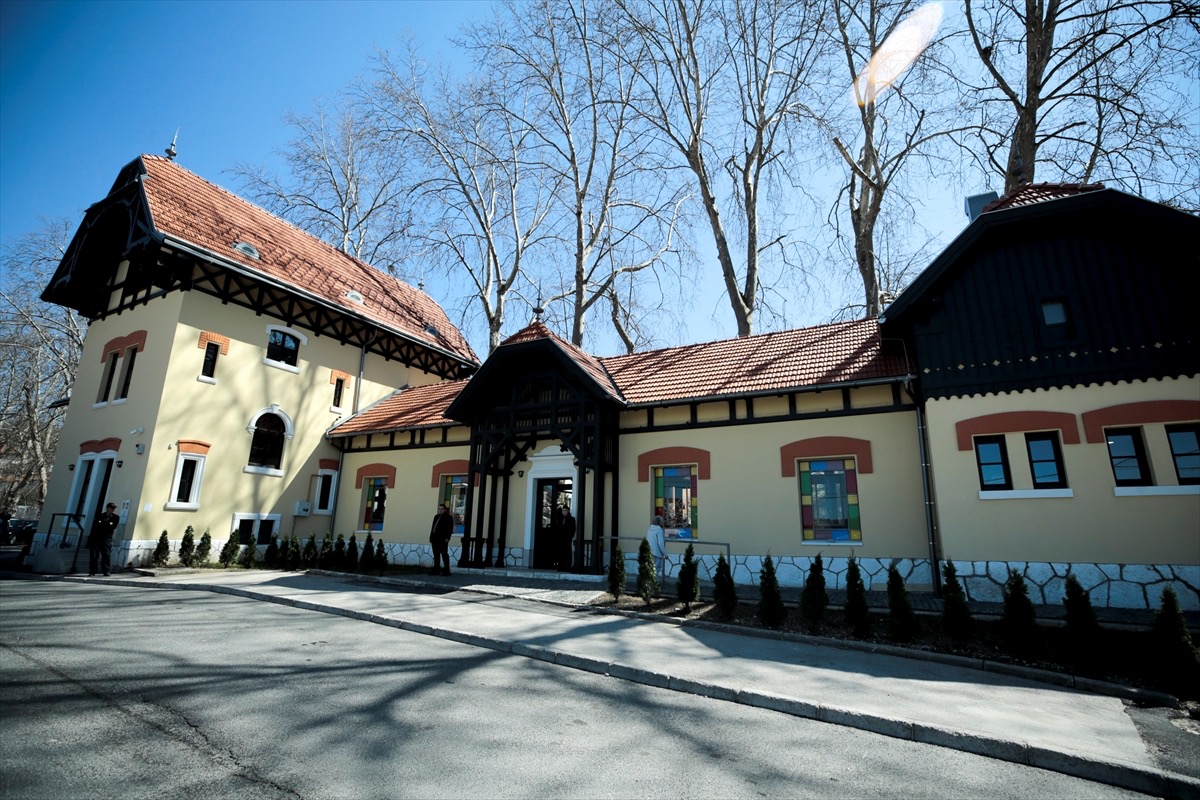 ”In the presence of a large number of guests and citizens, the renovated Bistrik Railway Station Building, one of the recognizable symbols of the city of Sarajevo and a national monument of Bosnia and Herzegovina (BiH), was inaugurated in Sarajevo on Wednesday, ” reports Anadolu Agency.

The building of great historical value, especially known to the general public for scenes from the cult film by Hajrudin Siba Krvavac “Walter Defends Sarajevo”, is a multifunctional space as of today and will once again be a meeting place for the citizens of Sarajevo.

”It is impossible to stand in this place today without feeling a special emotion. Some of you played as children in this place, and some of us listened to the most beautiful stories about the Bistrik station from our parents. I am happy that this national monument is now a restored witness to the time that has passed, but also a witness for all those future generations of young people who are coming, ” Benjamina Karic, the mayor of Sarajevo, told yesterday, Federalna writes.

Yesterday’s ceremony was especially emotional for the railway employees, which could be clearly seen on the faces of those who were present at the ceremony yesterday. Sead Kustura is one of them, an employee of the Railways of the Federation of BiH (FBiH), whose father was also a railway worker and was on duty at the Bistrik station.

He underlined that the renovation of this building will be for the benefit of all citizens of Sarajevo, but also a place where they will be able to gather as before. The restoration of the building amounted to about 2.9 million BAM.

Namely, the museum exhibition “Walter defends Sarajevo” was offered to citizens and tourists at the Bistrik station, and it was donated free of charge by the Sarajevo Film Center. It is an exhibition made on the idea of ​​the former head of the Sarajevo Film Center and BiH director Jasmin Durakovic which was set in the “Walter Defends Sarajevo” Museum, the first film museum in the Balkans, opened on April 6th, 2019. The museum exhibit consists of props from “Walter”, and the characters of director Hajrudin Siba Krvavac and the main characters from the film who were realistically made in life–size and in costumes from the film.

The building was built in 1906

In June 2019, the City Council of the City of Sarajevo, unanimously adopted a decision enabling the settlement of all property and legal relations necessary for the reconstruction of the National Monument Bistrik Railway Station. Renovation began in October 2020, only to shine again today, less than two years later.