The ”Karim Zaimović” Foundation was founded in 1996 with the aim of preserving the name and the works by a young journalist and writer Karim Zaimović, who tragically lost his life in August 1995, as another victim of the Sarajevo Siege. He was only 25 years old. In its previous work, this Foundation had provided 28 scholarships and special recognition  as well as two journalist awards to successful young journalist in B&H. This years’ winner is a young and talented artist from Visoko.

The founder of the Foundation are the Independent magazine ”Dani” from Sarajevo, ”Radio Zid” Sarajevo, Independent Union of Professional Journalists from Sarajevo, publishing house ”SAF” from Celje, and the family Zaimović. This foundation was founded with the aim of giving scholarships to student with exceptional talent in the field of culture, art, literature and journalism. 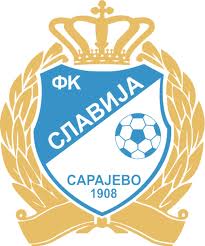