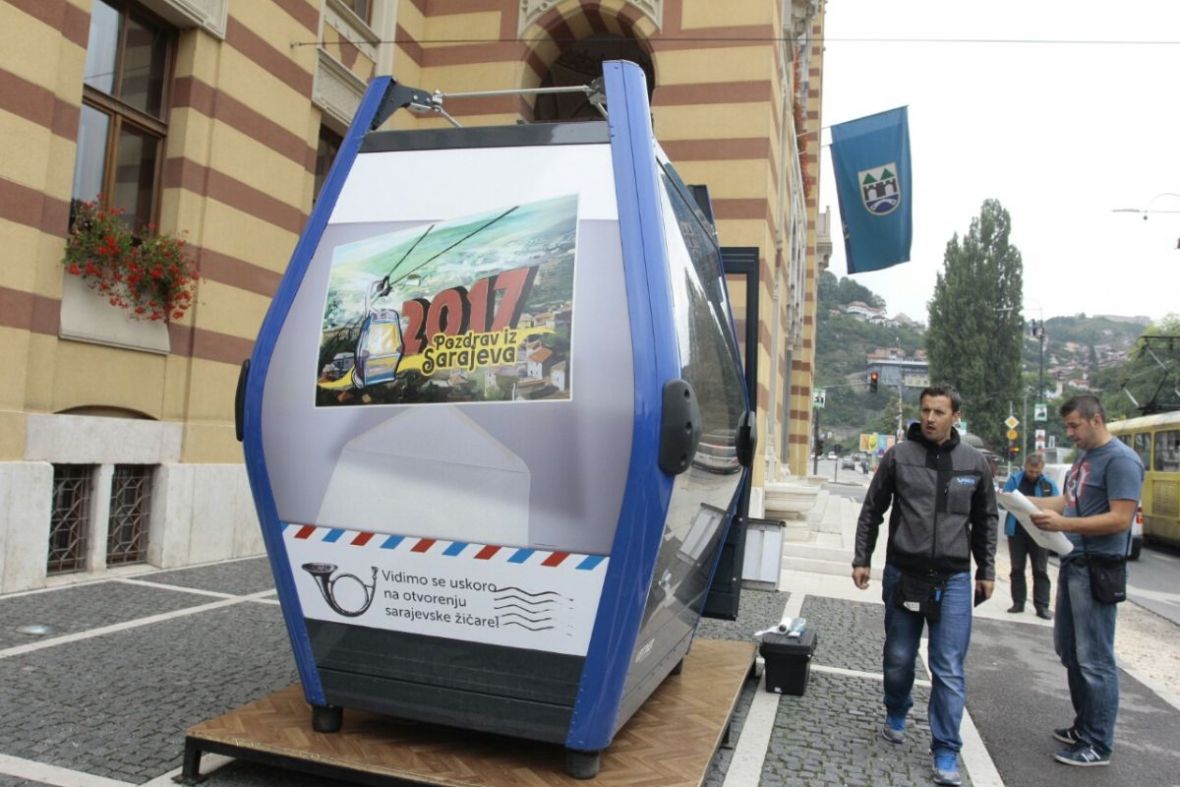 Although the former administration of the city of Sarajevo announced that Trebevic cable car will be in operation by the 6th of April this year as a kind of gift to the city on its day, it is obvious that these deadlines will not be respected, since the new works have not even started yet.

From the office of the city of Sarajevo stated that the construction will be completed by the end of 2017 and that all preparations related to the construction of the new Trebevic cable car are going on as planned.

The entire project will cost around 15 million USD.

The production of equipment for Trebevic cable car is currently taking place.

Besides the cable car, in the plan is also a construction of a hotel on the site of the former Vidikovac hotel, a small restaurant right at the arrival station, and a cafe and a supermarket at the starting station.

A project of the revitalization of cable car was established as the project of public importance for Canton Sarajevo.

“Trebevic cable car was marked as the object of social importance, and it is estimated that its revitalization will give positive socio-economic effects that will contribute to economic development of the City and Canton Sarajevo”.

Old Trebevic cable car was opened in 1959. It was about 2,200 meters long, and the ride lasted for 12 minutes. In 50 cabins could be transported at least 800 persons per hour.

The new Trebevic cable car will be made up of 33 modern gondolas with ten seats each and the capacity of the cable car will be 1,200 passengers per hour. The road on Trebevic will last for a bit more than seven minutes. It will have the most modern equipment and it will be environmentally friendly.