After a two-month suspension of all international flights due to the pandemic, Turkish Airlines is re-establishing flights between Istanbul and Sarajevo this month, according to Klix.ba news portal.

As confirmed, flights on the route Istanbul – Sarajevo – Istanbul will be available to passengers from June 21, three times a week – on Wednesdays, Fridays and Sundays.

The return of air transport will greatly facilitate travel for Bosnians, but also for foreign tourists, especially ahead of the beginning of the 26th edition of the Sarajevo Film Festival, which will be held from 14 to 21 August this year.

It was agreed that passengers at the airport will be obliged to respect the physical distance and wear gloves, as well as properly dispose of waste and disinfect their hands. Control staff will also be deployed at critical airport locations.

It plans to gradually build up its number of destinations to 99 countries in September although this may be subject to change in line with developments. The carrier flew to 126 countries prior to the pandemic. “Following two months spent away from the skies, our global brand is preparing for the new era by coordinating with national and international authorities”, it said.

Turkish Airlines is among the busiest carriers on several markets in the former Yugoslavia, among which are Bosnia and Herzegovina, Macedonia and Slovenia. The airline serves a total of eight destinations in the region, including Belgrade, Dubrovnik, Ljubljana, Podgorica, Pristina, Sarajevo, Skopje and Zagreb.

The Istanbul-based low cost carrier Pegasus, which also serves several destinations in the former Yugoslavia, is yet to announce its plans for the resumption of international flights, although all services have been canceled until June 14, with the airline reinstating some domestic operations last week. Among local carriers, Air Serbia will resume services from Belgrade to Istanbul on June 15, although this is subject to change.

Turkish Airlines will significantly alter its in-flight product once it resumes international flights later this month. On services from Istanbul to cities in the former Yugoslavia, business class passengers will only receive a bottle of water, while catering will be eliminated for economy class passengers, according to the company’s Chairman Ilker Ayci. There is currently no end date for the in-flight service reductions.

Mr. Ayci also hinted that he expects for flights to be much more expensive than before. The carrier will distribute all of its passenger a hygiene kit, which includes a mask, disinfectant and antiseptic tissue. The airline will also appoint a hygiene expert cabin crew which will monitor hygiene standards on board, mask usage and measures such as social distancing. 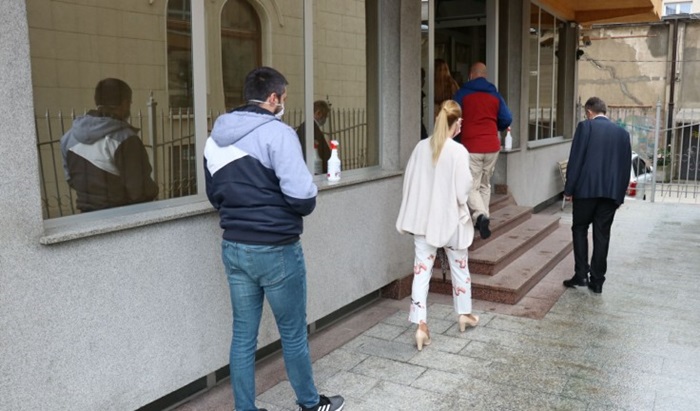