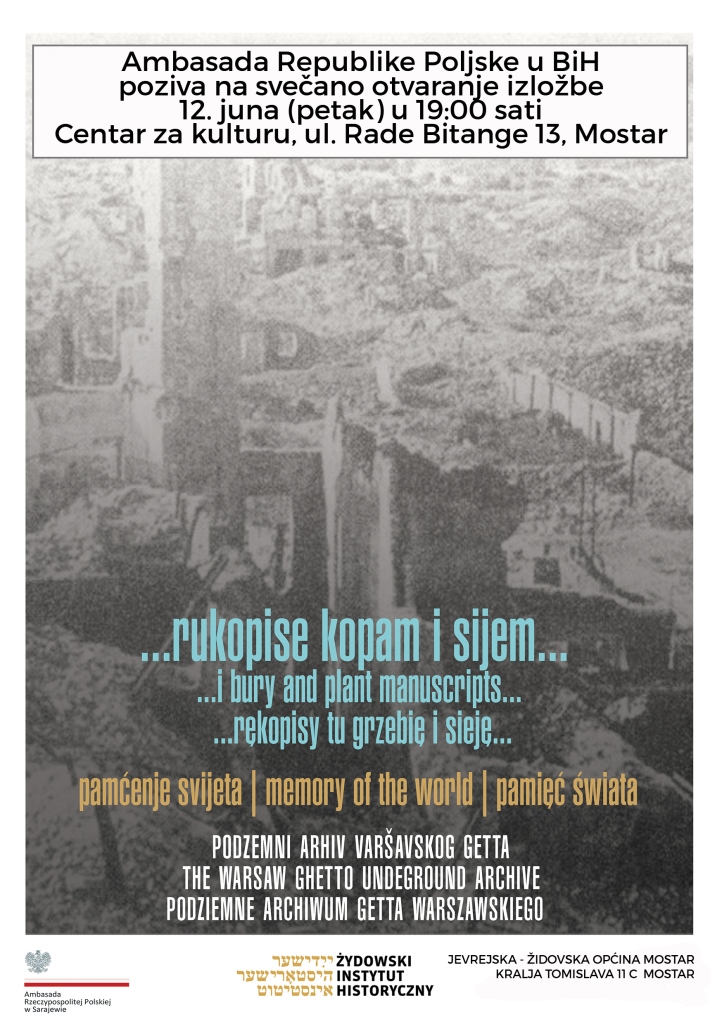 Polish Embassy in Sarajevo, in the cooperation with the Polish Jewish historical institute from Warsaw and the Jewish municipality Mostar, invites to the opening of the exhibition about the Underground archive of Warsaw ghetto “… I dig and sow the manuscripts… – Memory of the World…“ on 12th June in the Center for Culture Mostar (street Rade Bitange 12) at 7.00 p.m. Entrance is free.

The underground archive of Warsaw ghetto was established in order to save the human dignity. It was created thanks to the illegal work of the group of dedicated people led by the historian Emanul Ringelblum. Their goal is to document every day and every part of Holocaust, in order to future generations could remember the terrible fate of Jews.

Illegal group “Oneg Szabat“ documented, in accordance with previously determined methodology, all that was related to the lives of Jews in the World War II. In The preserved materials are testimonies, diaries, memories, letters, statements, official documents, photos, literary works. As this collection of documents has been establishing in the underground, many of the documents are anonymous.

The Jewish historical institute, that was succeeded by the Archive of Ringelblum, is trying for years to spread the awareness about this collection of testimonies about the Holocaust. The next step of the popularization of this treasure listed in the UNESCO list is the exhibition „… I dig and sow the manuscripts… – Memory of the World – Underground archive of Warsaw Gheto“, that represents the selected parts of the collection.

Opening of the exhibition will be attended by the Polish Ambassador HE Andrzej Krawczyk, representative of the Jewish municipality Mostar, Erna Danon-Cipra and the special guests from Poland-Marian Turski, the former imprisoner of Auschwitz, the Polish-Jewish historian, journalist, establisher and the president of the Administration of the Museum of the History of Polish Jews in Warsaw.

The exhibition “I dig and sow the manuscripts…“was already set in Sarajevo and Banja Luka with the great interest of public.

After the opening of the exhibition in Mostar, a cocktail organized by the Polish Embassy for all guests will follow. 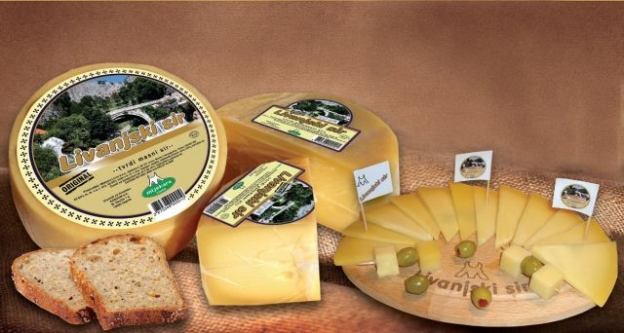 Livno Cheese on the shelves of the Turkish Markets
Next Article 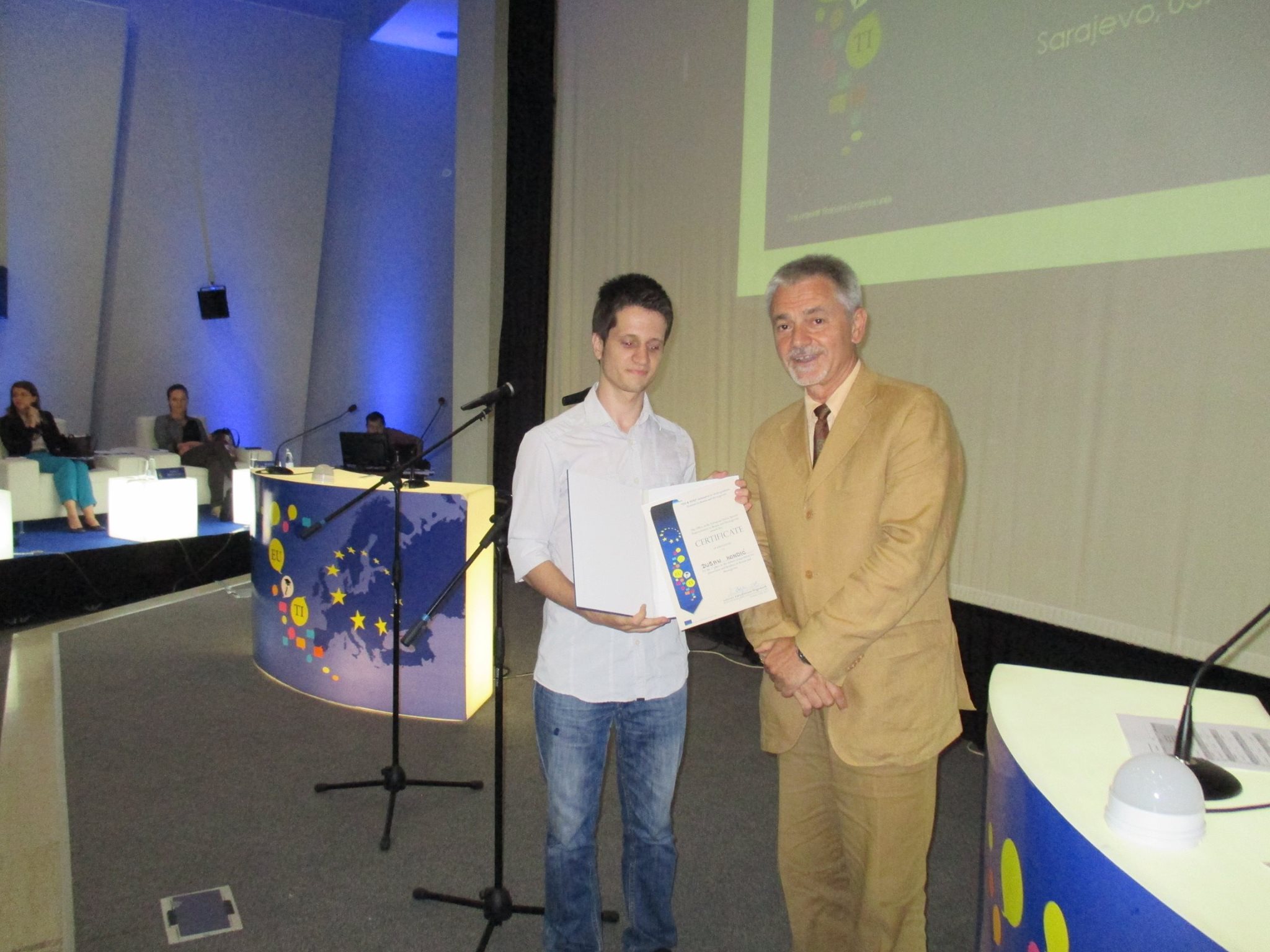 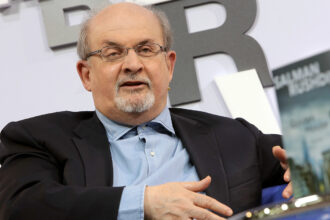 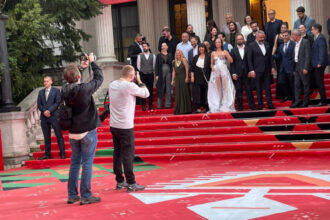