On the occasion of the International Day for the Elimination of Violence Against Women, and the start of the 16 Days of Activism against Gender-based Violence, OSCE leaders called on participating States to enhance efforts on the prevention and elimination of violence against women in conflict.

Gender-based violence is a threat to comprehensive security, with at least one in three women surviving some form of violence in their lifetime. Violence increases in times of conflict and crisis, and has lifelong consequences for women affected by it – as well as their families and communities.

OSCE leaders expressed their grave concern about the reports of gender-based violence and, in particular, the increase of the violence against women and girls in conflict zones across OSCE region.

“The ongoing Russian aggression against Ukraine continues to take a toll on the security and well-being of millions of women and girls in Ukraine. We witness not only unjustified military aggression and violence but also disregard for human dignity,” said OSCE Chairman-in-Office, Polish Foreign Minister Zbigniew Rau.

“The OSCE participating States invoked so-called Moscow Mechanisms to examine the human rights and humanitarian impacts of Russia’s war. The experts’ reports confirmed rape and other sexual violence committed by the Russian forces in Ukraine. We need to do our utmost to end violence against women,” he stressed.

OSCE Secretary General Helga Maria Schmid called on participating States to strengthen measures to protect women and girls from violence, and to ensure sufficient funds for adequate and timely access to quality services for survivors.

“I unequivocally condemn all forms of violence against women and girls, in peace or in conflict. Lack of accessible support services for survivors, as well as prevailing stigma and impunity towards gender-based violence across OSCE participating States prevent survivors from receiving the support they need,” she said.

“States need to do more to implement their commitments on preventing and combating violence against women, and to protect and support women in conflict settings and other crisis situations,” Secretary General Schmid stressed.

Secretary General also reiterated how important it is for women and men alike to take a stand and work together to end gender-based violence.

“Sexual violence is a serious human rights violation, which in some cases can even constitute a crime against humanity or a war crime,” said ODIHR Director Matteo Mecacci. “Armed conflicts and fragile security situations allow perpetrators to commit sexual and gender-based violence on a large scale and with relative impunity, resulting in a higher number of cases. It is paramount that all allegations of such crimes are investigated and perpetrators brought to justice.”

ODIHR recently published a dedicated factsheet explaining the unique characteristics of sexual and gender-based violence during armed conflict, together with information about the international legal framework in this area and an overview of international and domestic efforts to hold perpetrators accountable.

All reaffirmed their call to put an end to the use of rape, sexual violence and other sexual crimes as a tactic of war in Ukraine and around the world. Such a heinous crime can have no place and must be stopped. 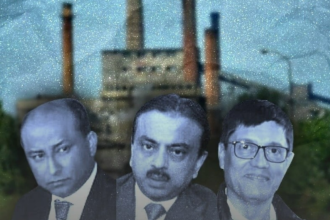