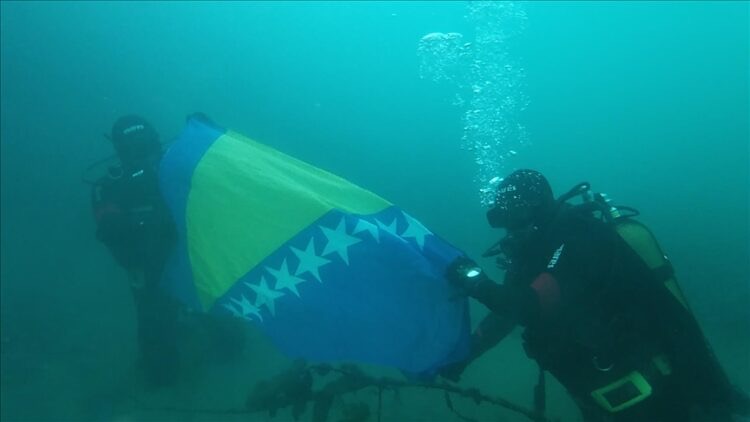 Namely, a group of divers working as part of the Extreme Sports Club ”Spectrum” placed the flag of BiH at the bottom of the river Una, the beauty among rivers.

They uploaded the video with the flag on the river bottom to their page on social media, which has already attracted a lot of attention from many citizens.

BiH celebrated Statehood Day yesterday, the date when the First Session of the State Anti-fascist Council for the National Liberation of BiH (ZAVNOBiH) was held in Mrkonjic Grad 79 years ago, where decisions on the restoration of BiH’s statehood were made.

Original documents such as the Resolution from the First Session of ZAVNOBiH held in Mrkonjic Grad on November 25th/26th, 1943, by which Serbs, Croats, and Muslims decided to restore the statehood of BiH, and the Declaration on the Rights of Citizens from the Second Session of ZAVNOBiH held on June 1st, 1944 in Sanski Most is only a part of an extremely important document that talks about the historical decisions made in that period for BiH, which are in the depot of the Archives of BiH.